DO you like music? You won’t like football songs then. But with the Euros on the way here’s a few ranked from whale excrement to tolerable.

There are men who’ve never heard music again after hearing this. They couldn’t forgive it. Features Bruce Grobbelaar rapping. After releasing this Liverpool lost the FA Cup to Wimbledon, and deserved worse.

New Order at their blandest with admittedly the only rap every Englishman aged 35-50 knows by heart. It’s a shame Joy Division can’t reunite to do their classic song for England in this tournament, New Dawn Fades.

You know that song that goes ‘Here We Go’? That f**king one.

The foreknowledge of Scotland’s inevitable defeat runs right through this one, which must have been a great comfort for Colin Hendry and the lads as they went off to play Brazil. May as well have been titled ‘Futile Optimism in the Face of Overwhelming Odds’.

F**k off, f**k off and f**k off. Gloopy, laddish, saccharine bollocks that provides an unwelcome reminder of The Lightning Seeds. Now an anthem for morons who will probably have it played at their wedding, and Sir Keir Starmer.

A passionate slab of football strumming by the Manics, the ever-reliable Volvo of stadium rock, who resisted the impulse to call Jamie Vardy a ‘walking atrocity abortion of suicide’ like they would have in ’93.

What could be more patriotic than a blissed-out slice of psychedelic dub with noted Hibernian fan Irvine Welsh ranting about Rangers fans over the top? Most things really. That’s why this is still alright. 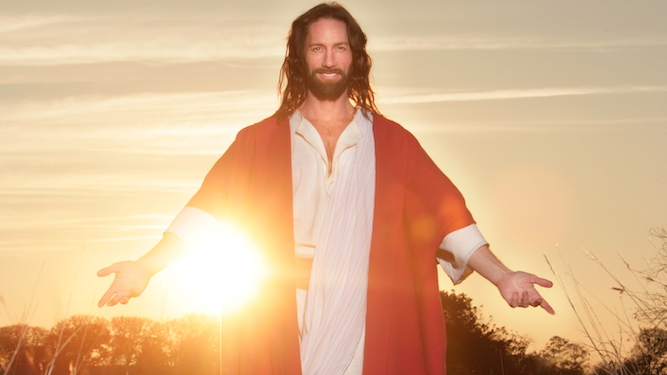 A BRITISH man fuming at Channel 5 casting a black actress as Anne Boleyn is entirely at ease with a Caucasian Jesus, he confirmed.

Wayne Hayes was disgusted by the woke rewriting of history while gazing at a painting of a blue-eyed chestnut-haired saviour next to the famous Bible verse about footsteps in the sand.

He continued: “I’m sure she’s a fine actress, but it’s ahistorical nonsense. And I’m no racist, I swear on this picture of the Holy Mother herself, with her porcelain skin and locks of auburn hair.

“I know my history and it doesn’t teach anyone anything to go whitewashing it. What’s wrong with simple accuracy in a period picture, like Charlton Heston in The Ten Commandments?

“No, Anne Boleyn was white, Henry VIII was white, Jesus is white, God’s white and so’s Santa Claus. I’ve seen literally millions of pictures. They can’t all be wrong.”

Wife Dawn Hayes said: “He was the same when the Duke was shagging on the staircase in Bridgerton. In a right froth he was. As, in my own way, was I.”