IN keeping with its policy of getting the right people for top jobs, the government has appointed Harry Maguire as ambassador to Greece.

The appointment recognises the Manchester United defender’s tact and diplomacy in dealing with the Greek authorities after being arrested following a bar brawl on Mykonos.

Boris Johnson said: “This government has a reputation for getting the best-qualified people for important posts. Mr Maguire stood out in a strong field of candidates, although we didn’t actually interview anyone else, as usual.

“Harry is now well-known to the Greek people, which will be a great help when holding receptions at the British embassy. True, he doesn’t have any relevant experience but he’s probably seen the Ferrero Rocher adverts.

“His command of the Greek language is excellent, enabling him to order beers without difficulty. Let’s face it, he’s as well-qualified for his new job as Gavin Williamson or Dido Harding.”

Maguire will be paid £190,000 a week to match his salary at Manchester United, but Johnson said this was justified due to his heading abilities against Sweden in the 2018 World Cup.

He added: “He’ll be fine. The role of British ambassador to Greece these days is just to support Brexit and tell them they can go whistle for the Elgin Marbles.”

'What the hell am I doing here?' asks remote worker still living in London 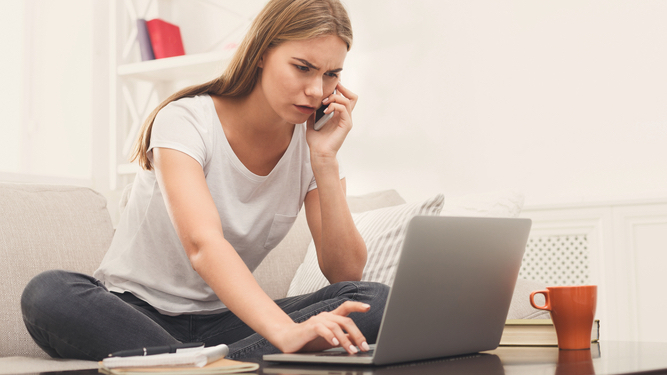 A WOMAN who still works from home in an overpriced London flat has started to question her living arrangements.

Camden resident Emma Bradford, who has been doing her office job from her pokey room since March, has realised her life would be infinitely better if she moved anywhere else in the country.

Bradford said: “I thought I was only going to be working remotely for a couple of weeks, which was fine, but it’s nearly September and the office doors are still chained shut.

“It makes it more difficult than usual to justify why I’m flushing extortionate rent money down the toilet every month when there’s literally no reason for me to be here. Plus I’m getting slammed with massive sodding energy bills in order to earn a pittance.

“I can’t even kid myself into thinking it’s worth living here for the arts scene. All the open mic nights and amateur comedy gigs have moved online where anyone can be embarrassed by them.

“I’ll probably stick it out here for a few more years then settle down in Bristol or Reading, where I’ll wistfully talk about London as if I’m not completely relieved to be out of that f**king hellhole.”