How to survive the mother of all football hangovers

DID you massively overdo it last night? Is your hangover marring your joy at England’s win? Here’s how to survive a day of football-induced alcohol poisoning:

Focus on the result

Keep running those two excellent goals through your aching, damaged brain. Will distract from vomiting up bile and stomach lining in the morning, and a formal warning from your boss later in the day as you roll in at lunchtime.

With lager at lunchtime. Puny water isn’t going to do anything to alleviate the nausea, paranoia and dizziness so go for hair of the dog. This is the road to alcoholism, but since England only beat Germany once every 55 years you should be okay.

Not generally recommended, but it’s worth checking the Mail’s lurid pictures of last night’s drunken carnage to make sure there isn’t a photo of you throwing up on a police dog or lying in a pool of urine, hopefully your own. Photos of you shirtless on top of a car waving a St George’s cross are a bonus.

Your depleted system desperately needs nutrients. A full English will come straight back up, so start with a single M&M. If that works out, try another two later in the afternoon.

You wouldn’t have got this pissed were it not for England’s glorious victory that gives our country new standing in the international game. Although you did get this pissed a couple of Fridays ago because you were a bit bored and there was nothing good on Netflix.

Put your hangover in a footballing context

Even this pain is nothing compared to how George Best, Charlie Nicholas, Roy Keane or somewhat more depressingly Gazza felt at times. You are just like them, but poorer and less fit. Apart from, again, Gazza.

And it's all thanks to Prince George, Ed Sheeran and David f**king Beckham 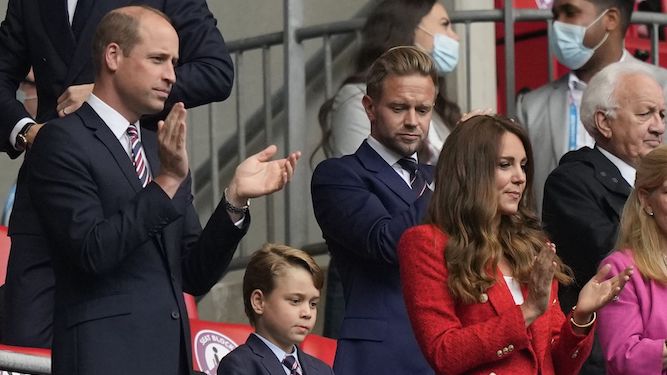 ENGLAND triumphed over Germany because of the incredible combination of Ed Sheeran, David Beckham and seven-year-old Prince George, according to the media.

The heir to the throne was there at Wembley and inspired a historic victory against the Germans, helped by a retinue of A-list celebrities.

Fan Tom Booker said: “It was dazzling. All that star power pledged to England’s cause? The game was ours.

“It was so thrilling, being there watching the action for myself. I didn’t miss a single expression on his adorable little face. The way it lit up when we scored had me pumping the air.

“And let’s not forget the real hero in all this – Kate. Resplendent in England’s colours, a thrifty £59.99 red Zara blazer and white top, she cheered those goals over the line as if she was scoring them herself.

“Some credit should go to Harry Kane, of course, the hero of the hour, and special thanks to Sterling for his role in Kane’s pivotal goal. And for his individual contributions.”

He added: “For the next match? If we can get Elton John, Daniel Craig, Adele, and Princess Charlotte we can’t f**king lose.”