Currently hovering above the League One relegation zone, the club believes it can avoid the drop with Un’s blend of focus, determination and implacable hatred of America.

Keeper Adam Collin said: Hes got us working on our ball retention and keeping our shape in defence as well as building a 75 foot bronze statue of him beating up a dragon.

The gaffer will bring a new discipline to the club. Sorry I meant to say The Glorious Dawning Sun. One of the youth players called him ‘gaffer’ this morning and now his family have disappeared.

But the move has forced outgoing local MP Roy Hobbs to resign from the club’s board of directors. Hobbs is now moving to Cardiff to run a Sue Ryder shop.

Uns short and long-term goals for the team are avoiding relegation and crushing the imperial West under the boots of The Free Peoples Of Carlisle United, as well improving the training facilities.

He has already complained to the FA that the club should actually be on 128 points after 41 games with five extra points awarded in honour of his arrival.

The new-look squad, featuring Un up front and 10 members of the Supreme Peoples Assembly, will play Oldham on Saturday with Un promising to score a minimum of 50 million goals.

Collins said: He just wants people to ignore all the stuff you read in the press about him and let his football do the talking. 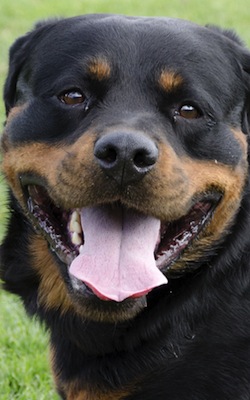 MONDAY: Fortify myself for the week ahead with a half-bottle of the 05 Pinot Gris Rotenberg.

Cost £62, but if Id been on the dole for a while Id have had the £9 spare from the week before. Stick candle in empty bottle and spend rest of day sitting in my bedsit thinking about Samantha Cameron.

Tuesday: Neighbours offer me building site work for undeclared cash. Contact benefits agency to report them and tell neighbours theyre bringing this country to its knees. Use empty Rotenberg bottle to fend them off and barricade myself in my bathroom.

Wednesday: Woke up to see a big dog on pavement. Remained indoors.

Thursday: Get into furious argument with chap at local antique dealers, Cash Converters, who insists they dont deal in 19th Century watercolourists. Finally get £10 for the frame. Money stolen by children waiting for me outside.

Friday: Electricity stops working. Investigation shows I have some kind of meter that appears to be empty. Assume this is an annual thing and well outside the scope of my £53 budget. Keep warm by eating a pack of animal nuggets left by previous occupants. May have sobbed a little bit.

Saturday: Neighbours apologise for calling me a ‘jumped-up ballbag’ and offer to pay for an 18-hour holiday to Jamaica if I would ‘run a little errand’ for them. Big Society in action.

Sunday: Final day. Secretly borrow a fiver from old woman who lives downstairs. Use it to buy delicious three course lunch at House of Commons restaurant. That evening the lovely people from ATOS take me to Savoy Grill for dinner.

Should have just done this every day. Would have been a piece of piss.