'Do you even f**king know me?' says dad who's opened DIY and race car-themed cards 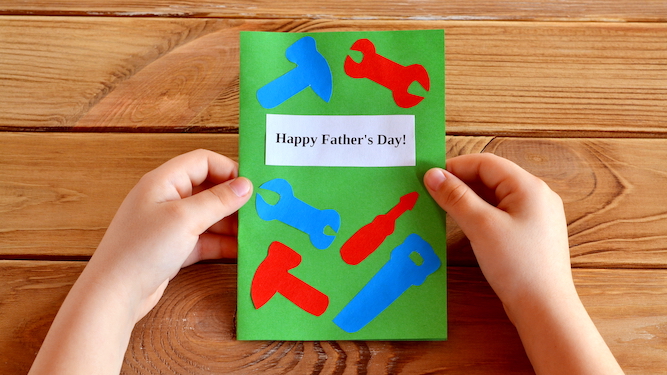 A FATHER-OF-TWO who received motor racing and DIY-themed Father’s Day cards has asked his children if they even know who he f**king is.

Nathan Muir is interested in video gaming and Marvel movies, both of which his kids could easily have found cards themed around if they had ever paid attention to his actual personality.

Muir said: “I’m just some big ogre that shouts ‘Bathtime!’ to you, aren’t I? Not a person, with thoughts and feelings and interests.

“You’ve seen me playing Hitman on the Xbox, or watching Avengers: Endgame. But when it comes to saying how much I mean to you, apparently your minds go blank.

“Motor racing? Have I ever once watched that shit? DIY? I don’t even build IKEA flat packs. Is that what you see? Just a cardboard cut-out labelled ‘Generic Father Figure’? It breaks my heart.”

Wife Sally Muir said: “Actually I bought the cards to make a point because it annoys the f**k out of me that Nathan spends all his time watching superhero movies and playing video games.”