Rangers will relocate to a flat-roofed council estate boozer as their new base of operations, and recruit players from the local tower blocks by enticing them out of the stairwells with a football covered in smack.

Early scouting trips have uncovered a promising 19-year-old who will train for eight hours at a time and is equipped with a ferociously tenacious tackle so long as hes given a bottle of Buckfast and a tube of Uhu at the end of the day.

SFA spokesman Tom Logan said: This could be a fresh new start for the club  if it turns out they have a better quiz team than their football side that could be the direction they end up heading in.

Given that most of the kids in Glasgow University are called things like Tara and Gideon rather than Janey or Wee Fucka thats doubtful but, yknow, dare to dream.

Rangers new pub, The Red Hand & Luther, was bought with the proceeds of selling off Ibrox to a consortium of Celtic fans who intend to turn it into the worlds largest urinal. The pubs manager, Bampot, will take control of the clubs day to day affairs after ousting Ally McCoist with the help of a pool cue.

Their first fixture of the new season will be against The Popes Head, a rival pub located 50 feet from their new home across a stretch of road the United Nations have deemed the most dangerous piece of tarmac outside of Afghanistan.

Logan added: Rangers could soon be back amongst the big names of Scottish football provided they get themselves a really good physio and some comprehensive fire insurance. 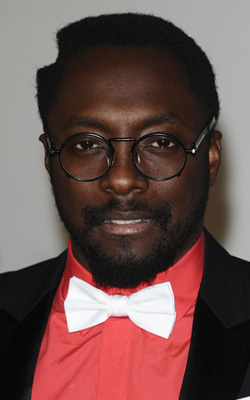 THE Royal Mint is facing heavy criticism for its decision to put American rapper Will I Am on the new £10 note to be released later this year.

The Black Eyed Peas star, who has already carried the Olympic torch and played a leading role at the Diamond Jubilee concert, will be pictured in shades doing hip hop hands over his signature phrase Fuck Shit Up.

Will I Am, real name Ben I Am, has somehow become a bastion of Englishness based on a single series of an unsuccessful spinning-chair singing contest.

It is believed that Will was introduced to the royal family by Prince Andrew, who saw the rapper on TV discussing Fergies outrageous sluttiness. Assuming I Am was an acquaintance of the former Duchess of York, Andrew invited him to Sandringham for a round of golf.

Julian Cook, editor of Burkes Peerage, said: I first encountered Will at the Garrick Club, where he was alternating spoonfuls of Gentlemans Relish with sips of port and Pimms.

I naturally assumed I knew him from Eton, and we began talking about his work at Oxford as Professor Emeritus of Hard Beatology, riding with the Berkeley Hunt, and the terribly sad decline of red squirrel numbers in the Grampian hills.

Im not sure which of us first suggested that his grill was so motherfuckin fly, it should be on money. Him, I suspect, but I thought it was a capital idea and put it to my homies at the Royal Mint.

Will I Am ill will mark the unveiling of his £10 note at the Last Night of the Proms, where he is to lead the Royal Philharmonic Orchestra in a medley of his hits including Boom Boom Pow and My Humps.