Should you support Wales tonight? Take our quiz

WALES play Denmark tonight, but are you supporting a home nation or being a dick about it? Find out with our quiz:

How Welsh are you?

A) Somewhere on the spectrum between one Celtic great-grandparent and all-the-way hardcore Welsh-speaking S4C-watching Eisteddfod-attending super-Welsh.

B) Not even slightly Welsh, and what’s more I don’t like them because we have a caravan in Prestatyn and they don’t make us feel welcome.

How do you feel about Welsh culture?

A) Marvellous, isn’t it? The Manics, Shirley Bassey… um… Alex Jones on The One Show?

B) You can’t call what they have culture. That language is a joke. They only speak it to say unpleasant things behind me and my wife’s backs.

Do you support Welsh devolution?

A) I think it’s lovely they’ve got their own parliament in their own little capital city to make their own laws. I wonder what they are?

B) It’s pathetic is what it is, thinking English laws aren’t good enough for them. It’s gesture politics that gets teenagers sneering at me in the Spar for wearing socks with sandals.

Will you cheer on the Boyos tonight?

A) As long as they cheer on England on Tuesday!

B) No, and if I hear noise from any of the other caravans after 8pm I shan’t be afraid to tap on their windows and push a letter under their doors. Patriotism is hurtful and unnecessary unless it’s English.

ANSWERS
Mostly As: You are largely completely ignorant of your neighbours’ culture, but mean well. You should support Wales tonight.

Mostly Bs: You are the worst kind of narrow-minded ignorant English xenophobe and the most hated man on the caravan park. If Wales win a cheering mob will throw you into the sea.

How to cleanse your corrupted soul after seeing the Hancock photo 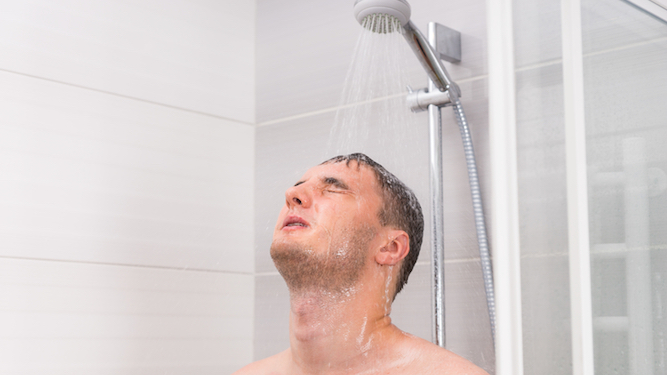 HAVE you seen the Matt Hancock photo? Feel tainted? Worried you’ll never find the idea of sexual intercourse appealing again? Cleanse your soul with these tips:

Wash your eyes with lukewarm water

The eyes are the window to the soul, so give them a wash. While you might be tempted to reach for the bleach after glimpsing that snap of Hancock awkwardly fumbling with his aide, you’re better off lightly splashing them with some room temperature tap water.

Your mind is probably going at a mile a minute and asking questions like who on Earth finds Matt Hancock attractive? What political shit storm is this distracting from? Stop your mind racing by sitting cross-legged, closing your eyes, and mentally picturing his resignation.

Pamper yourself rotten. Take the rest of the day off, get a big takeaway in, then kick back with your favourite film and a nice cool six pack. You’ve earned it. Only have a wank if you’re confident the memory of the photo won’t drift into your mind and ruin the whole thing.

Have a vigorous shower

Wash away all memories of Hancock’s arse-fondling clinch. If this symbolic gesture doesn’t work, drink a bottle of vodka.

Previously you’ve baulked at the idea of crystals having magical healing properties, but desperate times call for desperate measures. Clear quartz is considered by weirdos to be the ‘master healer’, so hopefully that should do the trick. If you can’t get your hands on any, try a piece of gravel. It’s all the same really.

If your soul is still possessed by the the Hancock photo, it’s time to bring out the big guns. Exorcists are specialists in expelling demonic entities, so they should be able to banish that Sun picture. Be warned though: you might say some foul-mouthed things about your mother in the process.