THINK you’re sporty because you once beat your dad at arm-wrestling? No sport you can do after eight pints really counts as a true athletic endeavour. For example:

Throwing tiny spiked missiles at a board is the height of sophistication if you’re a delinquent 10-year-old, but a sport? One played by professionals who are also professional drinkers? You can get every dad in the pub to watch your mate’s tepid attempt at a triple twenty only when there’s no football on telly.

A crowd-pleaser, but there isn’t much skill behind flinging a ball into fancy sticks. Especially as even the most hammered person in the room can throw it in the right direction and win a few points by sheer drunken force. It’s knocking things over. That’s not really a game.

There is no good reason for leaning over a table with a long stick unless attempting truly imaginative DIY. A cousin to snooker, which involves complex colour-coding and still attracted some truly epic alcoholics, pool is simple, pointless and dull. Best used to see if your smashed friend has double vision.

If table tennis can be recognised as a sport, why can’t table football? Because swivelling poles wildly is only notable for being the last remaining coherent movement you can perform after five Jagerbombs. You might as well be a toddler learning new muscle skills.

The perfect pub sport because it can be played by two men too inebriated to stand up. They shove at each other, grunt, sweat, and then one wins because the other was momentarily unsure of where or who he was. Runs a high risk of spilling someone’s pint, leading to the final sport.

Technically done in the pub car park, this sees two shitfaced men face off against each other and swing their fists at blurs in the hope that one will connect. The first to fall over is declared the loser. The winner’s prize is to put the boot in and stagger off for a kebab. 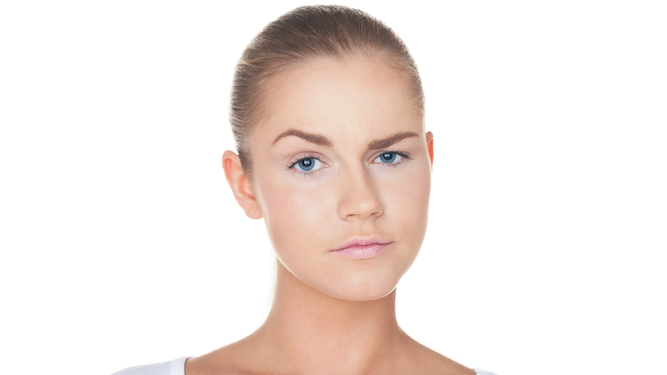 DO you sometimes take tiny liberties with the truth to impress women? Do you think any of them are fooled for a single minute?

I’ve had loads of girlfriends

You’ve only been out with three women, but that number triples if you deceitfully include every minor flirtation like the pissed colleague confessing she ‘quite fancied you’ in 2002. Your partner hasn’t asked for specifics purely because it’s embarrassing to be going out with an insecure twat. You are such a winner.

I was in the school football team

Yes, for half a term at primary school when you were all too little to kick the ball properly. Your other half won’t push you on this, partly because it’s pathetic and partly because she saw you try to kick a ball back in the park and it somehow went at 90 degrees with so little force it came to a halt after 12 feet.

I know about cars

You can spout a few car words you’ve picked up (‘the clutch is playing up’) but unless this is some uniquely effective magical incantation, of course you can’t do anything useful like repair a bloody car. There’s one reason your girlfriend doesn’t mock this delusion: pity.

I’m great mates with my boss

Steve not only values your opinion but also considers you a good mate. Strangely he never asks you to socialise outside work, which is a bit of a giveaway, and now the possibility of a bring-your-partner work event fills you with the same dread as an elderly Nazi about to be exposed for war crimes.

I could run a marathon

You believe, usually while drunk, that your ‘core remains strong’ from your 20s, even though that core is coated in a generous layer of fat. Your wife humours this claim while silently noting that you struggle to climb three flights of stairs without stopping for a wheeze.

The ultimate lie; the one told on the first date and usually proven false by the end of the first date. You do, in theory, believe men and women should be equal, apart from women’s football which is rubbish, and they’re emotional not rational, and men should earn more because they have to pay for dates. Women don’t say anything. What would be the point?