I was conducting my annual survey of the ghastliness of television, when I noted the association football transfer window had concluded. I have summarised it thusly:

Anthony Martial: £36m, Monaco to Manchester United
I once lost a testicle during a ferocious game of Baccarat in Monaco back in 1972, when I was curating the Prince’s collection of paintings with elephants on them. I accompanied him to a casino one evening and found myself losing heavily at the card table when I managed to convince the dealer that my testes were considered a form of currency back in Britain. I have not gambled since, having very little collateral with which to rely upon.

Virgil van Dijk: £11.5m, Celtic to Southampton
Of all the painters with ‘van’ in their name, the most gifted is unquestionably Van Morrison. Perhaps more widely known for shouting about Jesus to an R&B backing, his watercolours are quite breathtaking, especially when one considers that he does them all without taking off those sunglasses.

Michael Hector: £4m, Reading to Chelsea
Hector Berlioz managed to compose his best known work, Symphonie Fantastique, entirely on a little banjo. Having destroyed his piano in his attempts to, ‘find where the music comes from when I bang on the keys’, the impoverished genius sold it for firewood and used the proceeds to buy a banjolele. If one listens closely, one can hear passages in the third movement that are redolent of George Formby’s Little Stick Of Blackpool Rock.

David de Gea: Manchester United to Real Madrid, cancelled
The big lad needs to get his head down, regain the trust of his teammates and show the supporters the form that attracted the Spanish giants in the first place.

Credit card company couldn’t just be cool about it 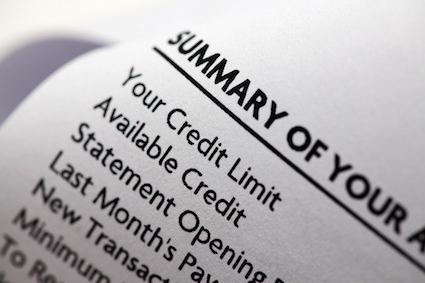 A PETTY credit card company has started asking for repayments after 30 days of being real sports about it.

Consumer Wayne Hayes was touched when the company offered to foot the bill for his online shopping spree last month, but the mood turned awkward when they made contact to request the money was paid back.

Hayes said: “I thought they’d be just checking in to see how I was and what I was up to, but without any real pleasantries they started talking about getting the money back from me. It was very uncomfortable.”

He added: “I’ve lost a lot of respect for them. Sure, they’ll get their money back in 12 small monthly payments, but they’ve lost a friend.”

Hayes’ complaints echo those of many homeowners, who found banks turned out to be surprisingly business-minded.

Emma Bradford said: “We were really big fans of HSBC when they gave us our house. They seemed like genuinely decent people, but then the letters started demanding a sizeable monthly repayment.

“They called it a ‘mortgage’ but to me it’s just rudeness.”