ARSENAL has booked its place in the FA Cup final, setting its fans up for an unprecedented level of soul destruction.

An extra-time winner from Alexis Sanchez saw the Gunners win their semifinal 2-1 against Manchester City, giving the team a shot at glory it will assuredly not take.

Manager Arsene Wenger said: “This season was already on course to be a spectacular disappointment, with losing 5-1 to Bayern Munich, failing to challenge for the league, and finishing behind Spurs for the first time in 22 years.

“And failing to qualify for the Champions League, and alienating vast sections of our fanbase, and losing 5-1 to Bayern Munich again.

“But what would really cap it off would be an FA Cup final defeat to Chelsea where we briefly look competitive before falling to pieces. That would be a disappointment for the ages, and truly the crowning nadir of my time in England.”

Season ticket holder Stephen Malley said: “Getting done over at Wembley by a second-string Chelsea side would be amazing.

“If Fabregas scores, that would just be the icing on the cake, if the icing was made out of bitter tears, and the cake was cat turds and sand.”

Woman discovers adding 'LOL!' is great excuse to be an utter shit 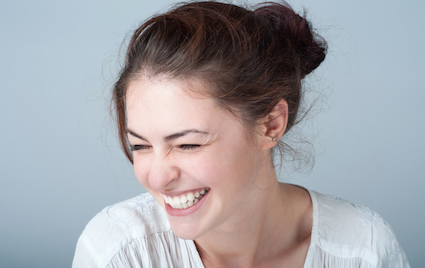 A WOMAN who adds ‘LOL!’ to the end of all communication thinks she can get away with being completely vile.

Emma Bradshaw, 25, puts the irritating acronym at the end of texts, emails, Christmas cards, letters to the bank and any other message that includes something unpleasant.

Bradshaw said: “It’s a get out of jail free card for when I want to be an absolute fucker with no repercussions. Which is surely all anyone wants out of life?”

“And if anyone accuses me of being horrible, I can point out that it was clearly a big joke and make them feel like they’re being irritating, humourless twats.”

She added: “My favourite one was when I wrote a list of everything I found annoying about my boyfriend in his birthday card. He started crying and then I shouted ‘LOL!’ in his face until he stopped.”