WEST Ham has been disappointed by how many of the applicants for its manager’s role are departing boss Sam Allardyce.

The Hammers have commenced interviews with potential replacements for Allardyce but were shocked to discover that their most promising prospect was Allardyce wearing goggles, a facial scarf and speaking with an affected lisp.

West Ham co-chairman David Gold said: “The disguises are quite poorly executed. It’s perhaps a little naive on Big Sam’s part to imagine that he could attach a fake moustache and we’d believe he was one of the most sought-after coaches in France.

“Sam de Allardyce was unable to understand even the most rudimentary French phrases and I’m pretty sure there’s no such team as FC Blancmange.”

However Gold believes the right man will eventually present himself: “Somewhere out there is a coach who wants to play passing football, who brings a fresh approach to the game and doesn’t believe that Bovril is a delicacy.” 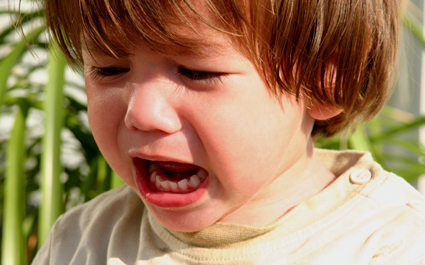 DOZENS of angry parents have complained about a badly organised Game of Thrones fun day.

The family event at Knutsford Recreation Park was described as a “rip-off” due to a lack of parking facilities, amateurish costumes and unconvincing depictions of extreme violence and torture.

Mum-of-two Donna Sheridan said: “The queues for the toilets were horrendous, and the recreation of Theon Greyjoy having his penis cut off was totally pathetic.

“The bloke playing Theon looked nothing like him and the severed member was clearly a saveloy sausage. My five-year-old Anna was so disappointed she cried.

“When you’ve paid £45 for a family ticket it’s just not good enough for Daenerys’ dragon to be a border collie with cardboard wings stuck on. We’d all bought ice creams for the slave master being burned to death too.”

Other complaints included a lack of catering except for a ‘gourmet’ burger stall with prices beginning at £9 and poor signage causing many families to completely miss Viserys Targaryen having his face melted off with liquid gold.

Parent Tom Logan said: “The whole thing was a joke. When someone’s having their eyeballs gouged you don’t expect their screams to be drowned out by a lorry emptying the chemical loos.

“Now I’ve got to make it up to the kids by taking them to The Human Centipede on Ice at the G-Mex.”