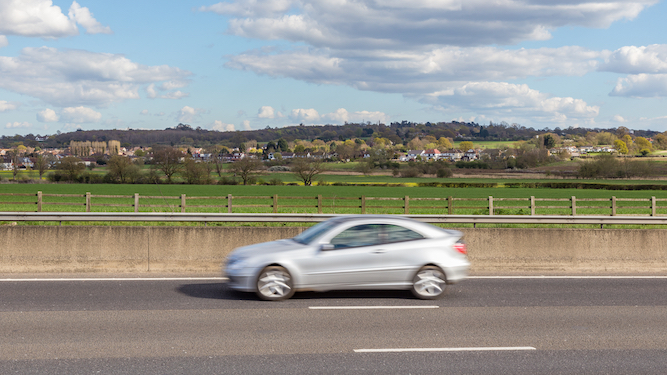 AN Audi driver going at 95mph in the outside lane of the M6 has admitted he would never have believed in himself if not for Lewis Hamilton.

Jordan Gardner confessed that if it was not for the seven-time Formula One champion he may never have had the courage to push his Audi to the limit while weaving in and out of traffic and listening to Euphoria Classics at ear-splitting volume.

He continued: “Yeah, it was always my dream to not only drive fast but be obnoxious with it, ever since I was a little boy in the back of my dad’s Ford Granada.

“But I never thought it was possible until I saw Lewis on the telly and realised that like him I could follow my dream. He motivated me to borrow enough for a second-hand Audi, then borrow more for insurance.

“And from then it was just about abandoning my girlfriend and mates so I could spend every weekend revving it in the garage before bombing it up down the M6 every chance I get.

“Lewis and I have both achieved our lifelong goals. Yes, he’s a record-breaking multi-millionaire who dates some of the most attractive women in the world while being a hero to black children everywhere.

“But he hasn’t got an eight-way speaker system in his car pumping out Basshunter’s Now You’re Gone. So who’s the real winner here?”

Six ways to spot if Dominic Cummings is in your workplace 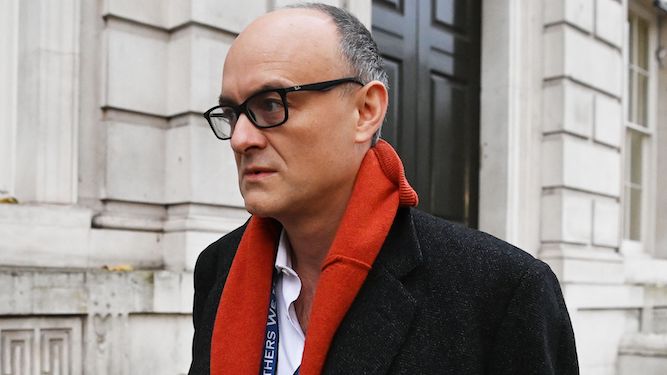 BIG bad Dom is back on the jobs market. These six tell-tale signs will identify if you’re working with him:

Just like Dom banned ministers from GMTV, you’ll know he’s the new store manager in your Asda when he bans sales to anyone with a Tesco Clubcard. “They’ve voted with their feet and they’ll have to live with the consequences,” he will be caught off-handedly saying over the tannoy.

When your local Greggs encourages customer loyalty by continuously slagging off the Pret over the road, calling them ‘continental wrap-peddling scum’ who ‘trail their dicks in the salad’ then you’ll know Dom’s found a new position in lunchtime retail.

Any call-centre worker directed to read their new supervisor’s ‘map of unrecognised simplicities of effective action’ then given a new answering script which ‘explicitly acknowledges the fractal complexity of interaction’ can expect to see a familiar bald head looming over their cubicle shortly.

Running a bus company only to find a new driver’s developed a ground-breaking new route which involves going up the M1 to Durham for tea with his parents, for which the passengers are given scornfully weak excuses about eyesight tests? Dom’s on board.

It’s important, when managing a school canteen, not to openly refer to all the teachers as ‘useless wankers’ who ‘couldn’t run a tech start-up if given six patents and £6.2m of seed money from an angel investor’. When your newly-hired dinner lady comes out with this, check for gilets.

Demanding you humiliate yourself to support him, then f**king off seven months later

Has the latest recruit to your distribution warehouse toppled shelves by crashing a fork-lift, then insisted you and all other senior management say he only did it to be a good father to his children, then pissed off? Who else could it be?