After a promising start to the trip, entrants have begun to complain that their enjoyment of the Tour has been spoiled by periods of intense uphill cycling.

Chris Froome said: “I don’t feel like I’m getting to experience the real France at all on this so-called Tour de France.

“Sadly the organisers have plotted a route that goes right through some of the hilliest parts of the country when there are much quicker flat roads.  I was hoping maybe we could stop off at a vineyard or have a luxurious lunch at an authentic local brasserie, but we’re just on our bikes all day.

“I spent six months doing night courses in French and have barely been able to speak a word because I pass every French person I meet at 30 mph. I’ve barely even got to practice the subjunctive.”

Organiser Jean-Pierre LaFarge said: “We aim to pit man against nature and to push these supreme athletes to the very threshold of human endurance, but in retrospect maybe we should have at least had a cheese tasting on day two.” 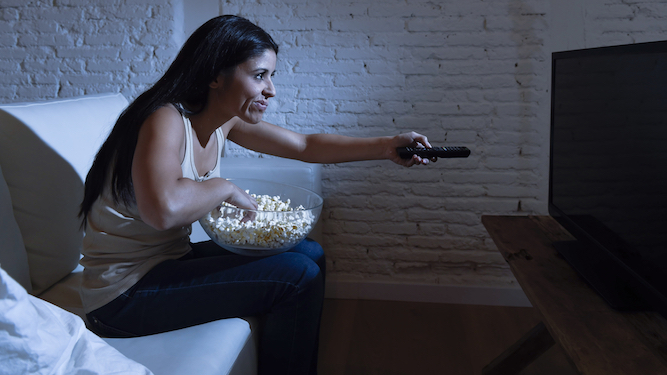 EVERYONE on Tinder is into hiking and surfing and nobody is into getting smashed and chomping Pringles while watching crap, users skeptically report.

Despite the ongoing popularity of knocking back booze while slumped in front of the idiot’s lantern, apparently all the single people in the UK prefer aspirational sports and impressively intellectual pursuits.

Donna Sheridan, aged 29, said: “Every boyfriend I’ve ever had has been super into doing fuck-all. But evidently those great catches are off the market.

“Instead they’re all superhumans into home cooking, rock-climbing and even wakeboarding, whatever the fuck that is.

“That’s no use to me. I just veg on the sofa every night eating Frazzles and watching home makeover shows. I’ll die alone rather than share my starter with some Crossfit bro.

“Where are all the real guys whose plan for Saturday night is three bottles of wine, a family bag of Doritos and maybe incredibly lazy lights-out sex?”

Sheridan closed the dating app in frustration that nobody was swiping right on her profile, which lists her interests as ‘adventurous travel, wild nights out and offroad quad-biking’.