MARIO Balotelli last night said he was ‘surprised’ at Roberto Mancini’s angry reaction to the bomb he planted under his car.

The Manchester City striker insisted the 1kg device was a ‘spur of the moment thing’ and that he would ‘probably have forgotten to detonate it anyway’.

He said: “Now everyone is saying I lack professionalism. That seems unfair. It was just a medium sized car bomb. I do it all the time.”

The attempted murder of his manager could be the final straw for the Italian international following his attempt to use a massive, two-handed sword at corners and free-kicks and his Christmas Eve CS gas attack at the Arndale Centre.

Balotelli added: “Mancini has always been like this. When we were both at Inter Milan I had a leopard that I used to starve for a few days and then release at training.

“The manager would get so angry with me. I could not understand why as my leopard was obviously really hungry. I sometimes think Mancini is a very cruel man.”

City’s owners now face the dilemma of trying to offload the mercurial striker to a manager that is okay with random car bombs.

Footballologist Wayne Hayes said: “They’ll need to write some kind of water-tight ‘no murdering’ clause into his contract. The lawyers will have a field day.” 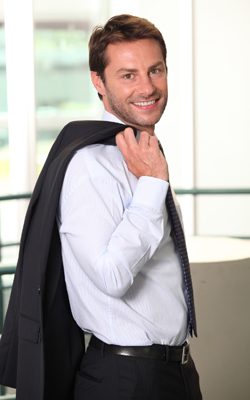 MILLIONS of professionals are beating the back-to-work blues by vowing to maim a colleague or supervisor in 2013.

Researchers at Roehampton University found the majority of workers plan to carry out their attack using a stapler, hole punch or other document-combining device, with 28% saying theyd ‘do it with their bare hands if necessary.

Donna Sheridan, a mayoral assistant from Kettering said that this is the year she plans to exact revenge on Dylan from the post room.

I spent the Christmas holidays fantasizing about forcing his head into a filing cabinet and slamming the drawer repeatedly. In my head it’s like a scene in a Japanese gangster film where you think the camera is going to cut away, but it doesn’t.

Clearly though I have no intention of killing him, just making his ears bleed a bit.”

Sales co-ordinator Tom Booker said: “I was going to join a gym for my New Year’s resolution, but then I realised that forcing my struggling line manager out of a third floor window would be a more productive way of burning off calories.

“Also I’m going to read a book every week.”