Barton’s accent to be used as crowd control weapon

JOEY Bartons French accent could be used for riot control or the war on terror, it has emerged.

His mixture of glottal stops and high-pitched drawling produced spontaneous diarrhoea and nosebleeds in everybody within a fifty-foot radius.

Professor Henry Brubaker of the Institute For Studies said: Imagine the powerful effect these nasal quasi-French frequencies could have on a group of terrorists.

If this could be deployed alongside a video screen showing a close-up of the moustache – which mixes all the noxious elements of Marseille and Bootle top lip decisions – we could ship Barton over to Afghanistan and be done in about a fortnight without a shot being fired.

The French FA has yet to decide whether his repeated use of the word zis brings the game into disrepute or if they should just send video evidence to the police.

Meanwhile, Barton has been asked to speak only in a concrete bunker under controlled conditions and to wear a lead-lined gag to stop any leakage of stray vowels.

He will also limit his pseudo-intellectualism and thoughts on The Smiths, which have been known to cause rashes and itchy eyes in the young and elderly. 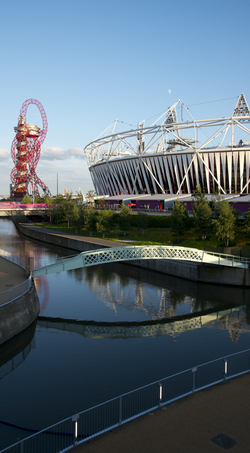 WEST Ham fans are to be subjected to cruel taunts about the apparent smallness of their genitalia.

From next week opposing supporters will unveil a range of chants including ‘is it in yet?’ and ‘I’m forever blowing up my sex doll’.

Rival fans have also devised an offensive ‘salute’ which involves sticking their arms straight up in the air and then wiggling their pinkies.

And in a move certain to provoke the FA, they will make the high-pitched whining sound of a man looking at his tiny penis in a mirror and realising that if he somehow convinces a woman to sleep with him she will laugh hysterically at his pathetic genitals and then tell him to get out, even if it is actually his house.

Footballologist Wayne Hayes said: “Non-football fans may be confused by all this, but basically while West Ham United is not officially a small-penised club it has a long association with East London’s small-penised community and is supported by a large number of men who have tiny, useless cocks.

“This makes it is an easy target for anti-small penis bigots.”

He added: “It’s a shame that in the 21st century some people still think it’s okay to make fun of men who obviously have the sort of miniscule penises that would not look out of place on a baby chinchilla.”

Angry West Ham fan Martin Bishop said: “I would march straight into FA headquarters but I’m afraid the receptionist might be attractive and I would then be filled with self-loathing because I would never be able to satisfy her.”