LIVERPOOL coach Rafael Benitez was last night handed a £20m transfer budget to spend on one big-name signing or shit away on a collection of abject losers that you've never heard of.

In the wake of a strong title challenge the club's owners want to reward the Anfield support with a range of exciting new faces for them to dismiss as utterly useless by mid-August.

Benitez said: "The squad clearly needs several additions and there are some great prospects out there. However, I do also have my eye on a 300-foot-high mountain of penny chews."

Despite successful signings such as Torres and Mascherano, Benitez was criticised in 2007 for paying £13m for a small lump of organic matter that, given 240 million years, may evolve into useful utility left-back.

This followed his 2006 signing of Roy Of The Rovers, who, despite his numerous accolades and undoubted skill, was obviously a fictional character and therefore ineligible to play in the Champion's League.

Sources suggest Benitez will spend the entire budget on Carlos Tevez and has already ordered a set of stout metal chains and a daily supply of steaming lumps of meat.

The Liverpool boss has told friends he can end Manchester United's dominance by spending an enormous amount of money on a player they have deemed surplus to requirements for quite some time.

But Benitez's plans may be thwarted by Manchester City, whose billionaire owners plan to buy every sentient creature on the planet in an audacious £74 billion swoop.

City boss Mark Hughes said: "Once I control all the legs there are, I do think we've got a realistic chance of a top six finish." 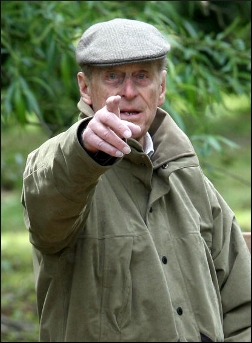 OFFICIALS last night said they were puzzled as to who could possibly have invited the British National Party leader Nick Griffin to a Buckingham Palace garden party.

An investigation is under way as sources claimed it was a clerical error and the invitation should have gone to Dick Griffin, a retired gardener from Hatfield, who recently swam the English Channel dressed as a giant cup of tea.

One Royal insider said: “Who could possibly want to see that idiot fascist parading himself around the Palace grounds, spouting his racist nonsense? It’s a mystery alright.

“It’s just a run of the mill summer garden party. The only slight difference is that Prince Philip will be there. At that time of year he’s usually strangling otters in Glen Shee.

“Of course he doesn’t do the actual strangling anymore, but he does like to stand on the riverbank and shout instructions.”

The insider added: “The preparations for a garden party tend to be very predictable. Although this time Prince Philip has asked for some of his special flags to be draped from the back windows.

“And he also wants his personal photographer to be on hand as apparently there’s someone he really wants to have his picture taken with. I presume it’s a famous otter strangler.”

A source in the Buckingham Palace kitchens said: “The food is just your typical garden party fare. We usually do some cucumber sandwiches, a Victoria sponge and a big bag of Wotsits.

“Although this time, for some reason, the Duke of Edinburgh has requested some German delicacies. Sauerkraut, blood sausage, that kind of thing. Not my place to ask really.”

It is understood Prince Philip has offered to take charge of the investigation just as soon as he has finished re-reading his battered copy of The Insidious Jew.