THE PUBLIC has been warned not to approach men wearing Barcelona shirts who clearly have no ethnic affiliation to the Catalan region.

The men, usually aged between 25 and 50, are rated a category 5 risk of telling you at length why they personally identify with the continental model of play.

Inspector Tom Booker said: “Any man in a football shirt suffers from the delusion that he is imbued with the qualities of their famous wearers, hence the popularity of Beckham tops with blonde-moustached salesmen even today.

“But men in Barcelona shirts, who believe that their sartorial choice associates them with the insouciant, free-passing artfulness that has conquered an era, are particularly dangerous right now.

The Manchester City game, despite being a battle between roughly equal mixes of Europeans and South Americans managed by two non-natives, will see these men primed and ready. Do not approach them.

The men are, perversely, most visible in locations with the greatest contrast to the stunning coastal city, like Barnsley, Mansfield, Swindon and Middlesbrough, and are thick on the ground because of large numbers of migrating former United supporters.

Nathan Muir, wearing a Xavi top, said: Building slowly from the back, being calm and precise in the middle and finishing with dazzling flair is, coincidentally, how I make love to women.

At least it is this season. From August Im a Bayern Munich fan.

Berners-Lee demands internet is free, open to all and has more bulldog videos 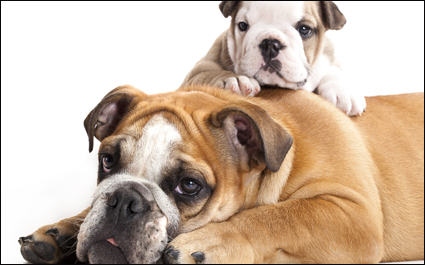 THE inventor of the internet has said that it must remain free of government interference and have more videos with bulldogs in.

Speaking at a press conference for the web’s 25th anniversary, Tim Berners-Lee said: “The web has revolutionised how we live, but it must not become a tool for state surveillance.

“Also, people should do more bulldog videos. Cats are fine, I like cats, but bulldogs have these amazing faces – they look just like grumpy old men!

“I want to see a video where a bulldog is asleep in a basket, another bulldog comes in and licks its face, then the first bulldog wakes up suddenly, scrambles to its feel and runs straight into a door. Why has nobody done that yet?