LONDON tube drivers have admitted that the game may be up.

As the only union leader most people under 40 have ever heard of died, tube drivers said Bob Crow was the one person standing between them and trains driven by robot slaves.

Martin Bishop, a driver from Peckham, said: I would very much like the RMT to advertise – immediately – for a New Person to Scare the Shit Out of Capitalists.

However, I suspect it may now be time for me to drive a taxi.

Crows supporters said he defended workers rights, while his opponents said he brought London to a standstill, leading experts to point out that both of those things are ‘comparatively rare’.

Julian Cook, professor of arguments at Roehampton University, said: Most modern trade union leaders are actually just a made-up name and some spokesmen working in shifts.

Also, do you have any idea how difficult it is to make Londoners talk about someone other than themselves?

Wayne Hayes, an investment banker, said: He brought the worlds most capitalist city to its knees on several occasions. I couldnt do that and I genuinely believe Im worth two million quid a year.

Nathan Muir, a geography teacher, added: If David Cameron and the Daily Mail think youre not even remotely dangerous then you might want to ask yourself what the fuck youre doing.

London mayor Boris Johnson said he was sad to hear of Bob Crows death, but stressed that he would now be able to remove the waterproof mattress cover from his bed. 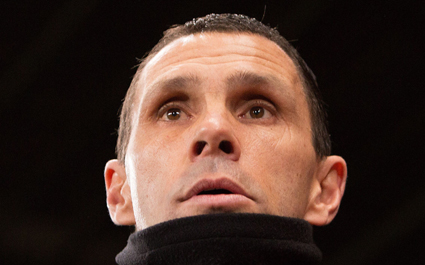 SUNDERLAND manager Gus Poyet has hit out at journalists hitting out at him.

The Black Cats lost to Hull in the FA Cup quarter-finals and questions were raised over the Sunderland boss tactics and team selection, questions that Poyet has questioned.

Poyet said: Of course its the critics job to critique what I do, but I have to question the questions that they are questioning me with.

Im hearing a lot of criticism based on my decision to rotate my squad but I feel that decent critics would come up with better criticisms.

Hardly anyones mentioned my inability to deal with our lack of width, my fiery temperament or my reluctance to have Lee Cattermole put down.

And any half decent critic surely shouldve mentioned my tendency to allow players to defecate in the opposition dressing room.

Under Poyets predecessor Paolo Di Canio there were no such problems with the critics, who were routinely sent to labour camps if they asked difficult questions.