PRIME minister David Cameron promised that Liverpool would be incorporated into Wales if they beat England in a major football tournament.

The pledge was made in 2010 as part of a deal over additional powers for the Welsh Assembly.

Cameron said: “There seemed as much chance of Argentina invading the Faroe Islands as Wales qualifying for an international tournament, let alone meeting England.

“Who knew about Gareth Bale? We thought all we had to worry about was Robson-Kanu.”

Under the terms of the deal, Liverpudlians would be required to speak Welsh, accept Charles as their true Prince and learn how to bake moreish, sugary little cakes.

Meanwhile, The Beatles, Stan Boardman and the sitcom Bread would all become towering achievements of Welsh culture.

David Cameron said, “I suppose in hindsight I should have held some sort of referendum on the subject but they’re always an idiotic and disastrous idea.

“Never ask the British anything. You don’t want to hear the answer.”

Farage and Geldof in naval battle just as prophecy foretold 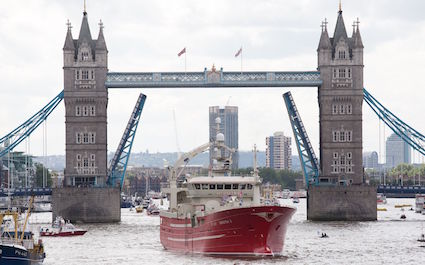 NIGEL Farage has faced Bob Geldof in a pitched battle on the Thames, just like the fortune-teller said.

Farage and Geldof chased each other up and down the river for several hours soundtracked by Magic FM as predicted by Margaret of Shrewsbury in 1349.

Witness Nikki Hollis said: “I never thought the references to ‘Bob Geldof’ and ‘Nigel Farage’ and ‘a flotilla of angry fishermen’ were meant to be taken literally, but it turns out I was wrong.

“Margaret knew all along that Geldof’s ship would be boarded by hose-wielding trawlermen while Kate Hoey was sick over the side, and that David Coburn would challenge Alex Salmond to a duel on the waves. More fool us for doubting her.

“For years, I wondered what the words ‘it will be live-tweeted by Buzzfeed’ meant. Well now we know.”

Hollis added that she was looking forward to the next stage of the prophecy, where Prime Minister Boris Johnson opens the seventh seal and ushers in the end times.