MICHAEL Schumacher's return to Formula One could re-establish the sport's reputation as a seemingly unending spectacle of utter dreariness, it was claimed last night.

The sport has changed dramatically since Schumacher's retirement in 2006 with the emergence of at least two other people who are able to point the car in the right direction most of the time.

The German, who won 91 races without doing anything remotely interesting, said: "I hope the car performs well and I can perform well for the team. It's a big challenge but I will do my best for the fans. How tedious was that?"

Schumacher said he had been dismayed by recent events in Formula 1, adding: "Max Mosely being thrashed by women dressed in my nation's garb of shame, a black man winning the title, Jensen Button not coming last – when will this vaguely interesting madness end?"

Despite his unparalleled success, Schumacher remains so boring that he has recently been forced to write 'you are Michael Schumacher' on his bathroom mirror in a bid to remind him who he is.

He insisted: "No more overtaking, no more surprises, no victorious underdogs. Just a procession of tax-avoiding millionaires following each other around the track in the precise order they set off."

The safety of F1 has been questioned following Schumacher’s return with many drivers concerned that being in a race with the German could be so boring they fall asleep at the wheel.

Britain's Lewis Hamilton said: "But then again, seeing lots of boredom-induced crashes would actually be quite interesting. That Bernie Ecclestone's a clever bastard."

Young Unemployed To Be Trained As Daytime TV Monitors 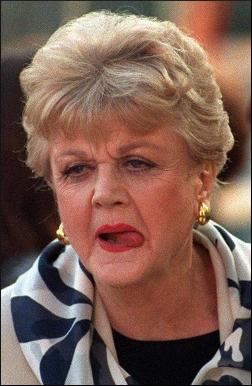 GRADUATES and school leavers are to be paid to monitor television between the hours of Trisha and Home & Away in a government bid to cut unemployment.

The government has created one million sofa-based televisual interface broadcast apprenticeships with duties including turning the television on and off, looking at it, and trying to name the guest stars in Murder, She Wrote.

Psychology graduate, Paul Robson, said: "I'm learning some really interesting things, like how at any given time at least one of the channels is showing footage of a baby chimp being inoculated.

"However it does all start to blur into one. I was watching The Professionals yesterday and I started hallucinating that Bodie was trying to sell a pottery dog he'd found at a car boot sale to Angela Lansbury."

He added: "I can also recite every debt consolidation and car insurance comparison advert off by heart, which does feel a little bit like having a shard of evil lodged in your heart."

A department for employment and learning spokesperson said: "This is a vitally important role. Daytime TV could break at any minute, leaving millions of viewers stranded in the best bit of Trash to Cash.

"In such an event, the apprentices will contact us immediately so we can get the telly people to put up the picture of the girl with the blackboard and the clown while they make it work again."

Apprentice Wayne Hayes, from Doncaster, said: "We're supposed to call them if the telly stops working, but I'm not sure if I can be arsed. I'll probably just put the Wii on or fiddle with my privates for a couple of hours."