Carroll could be released back into wild

ANDY Carroll may be allowed to roam free amongst his kind once more as Liverpool consider an offer for his rehoming.

The undomesticated Geordie has had an unhappy time since his capture and display at Liverpool, despite the clubs best efforts to recreate his natural environment by keeping his pen stocked with WKD and edible nightclub bouncers.

Liverpool manager Brendan Rogers said: Newcastle have offered to release him into the brutal but beautiful landscape of the Bigg Market where he can gallop after hen parties to his hearts content.

While it would be a shame to lose such a magnificent specimen as Andy, when he’s hardly touching the pies we toss into his pen you have to concede he’s not happy.

Rodgers is now looking into the practicalities of transporting Carroll back to Newcastle, as long journeys present the risk of stress and injury in his containment pen.

The manager will work with the handlers in the England camp who organised the thousand mile journey from Liverpool to Krakow for Carroll for the Euro 2012 tournament by recreating a strip club in the hold of a cargo plane.

Liverpool will take a massive loss by releasing Carroll but hope to make the most of his enclosure by replacing him with Manchester Citys Tevez. The clubs keepers feel it is the environment the striker, who has frequently escaped from Manchester City to return to his homeland, may be looking for.

Rodgers said: I think weve learned a lesson that you just cant keep Geordies in captivity, however much they may fascinate us, as it can do terrible things to them – anybody that saw the Beardsley they had here years ago will tell you that. 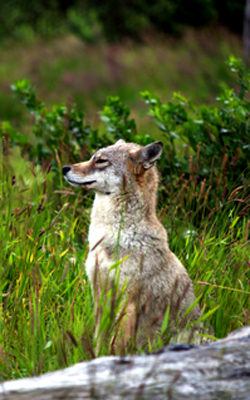 THE Tour de France’s leading cyclist is being stalked by a hungry coyote with an arsenal of cack-handed gadgets, it has emerged.

Drawing pins found strewn across the track during stage 14 of the race were discovered to have been manufactured by the Acme company, which vends largely to coyotes of the genus Wile E.

There were also spectator reports of a dog-like creature jumping up and down in frustration as Bradley Wiggins nimbly dodged the sharp pins. The animal was seen to become so angry that it kicked a nearby rock and damaged its foot.

Stewards have since dismantled a massive magnet at stage 15, as well as discovering a plate of delicious cheeses that was booby-trapped with dynamite.

Wildlife expert Tom Logan said: “Wile E Coyotes are known for obsessively stalking a single prey animal, and will persist despite repeated physical injury to themselves.

“It may be that the creature has fixated upon the elusive Wiggins, whose swiftness and physical elegance inadvertently goads the creature.

“Bradley needs to be particularly aware of any holes in the road that have been shoddily covered with foliage. Also he must stay vigilant for bombs and anvils.”

Tour de France organiser Stephen Malley said: “Although reports of roadside snickering alerted us to a possible coyote issue, we did not take the threat seriously because of the creature’s bungling nature.

“However at the end of yesterday’s racing a missing Spanish rider was found disembowelled and partially eaten after riding into a makeshift bamboo cage baited with paella.

“So maybe that coyote’s not so stupid after all.”