JOE Cole continued his bid to acclimatise to life in Liverpool yesterday by appearing before a magistrate.

The midfielder was found guilty of a speeding offence in Surrey but stressed he would use his court experience to break a series of laws on Merseyside and give plenty of cheek to the local ‘bizzies’.

Cole said: “It’s a real change of pace since my London days, where I’d be upping knees all day long in between bouts of thinking the Krays were a smashing set of blokes.

“But I definitely made the right decision in coming to Liverpool rather than Manchester, as walking around like a gibbon with a baffling sense of superiority does sound a bit knackering.”

Liverpoologist Tom Logan said: “Cole will have to be careful as the Scouser is an easily-agitated creature who will aggressively defend its habitat for fucking hours on end.

“The easiest way to gain its trust is to say how great ‘The Fabs’ were and pretend to enjoy its humour. If that fails then you must immediately give it something known as a ‘bifter’.”

Cole will now complete his Anfield initiation by rolling around in Jamie Carragher’s unwashed kit to pick up the scent of Liverpool before starting a pub fight for a reason that has been drawn from a hat.

He added: “The driving offence is a good start but I don’t think I’ll feel as if I truly belong here until I’ve stolen a packet of value-brand sausages.” 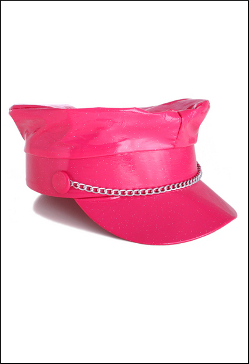 GAY couples who receive a child from a Catholic adoption agency have vowed to dress it in a studded collar and a little leather cap.

After the Charity Commission ruled that adoption agency Catholic Care could not discriminate on the grounds of sexuality, gay couples say they are now determined to raise their babies in as gay a manner as possible.

Julian Cook, half a gay couple from Doncaster, said: “This is going to be both adorable and sexy.

“Our little chap is going to have only the best quality straps, caps and thongs. I think daddy and daddy may even take him on a little ‘shopping trip’ to Morocco.”

He added: “I think the whole biker look will give him a really good start in life. Especially if he remembers to keep his cap tilted at just the right angle and leave his waistcoat open so that it shows off his lovely, oiled nipples.”

A spokesman for Catholic Care said the agency would appeal against the decision, adding: “I tell you now, if this is allowed to stand, we will soon be knee-deep in tattooed babies with tongue studs, fruity bottom piercings and more besides I shouldn’t wonder.”

But Cook’s partner, Martin Bishop, said: “He has to be pierced. How else will he be able to have his pick of the boys when we take him to gay creche?

“If he doesn’t have at least two red hot boyfriends on the go by his first birthday we’ll just give him back and get another one.”

He added: “EVERYBODY DANCE NOW!”