Darling To Guarantee All Bets On The 3.50 At Lingfield

CHANCELLOR Alistair Darling has agreed to cover all bets at this afternoon's EBF Maiden Stakes and is tipping the Irish two year-old, General Ting. "It's only money," insists the Chancellor of the Exchequer

Trained by Sir Mark Prescott, General Ting is one of 14 runners on their first outing at Lingfield today.

The bay colt is ridden by Seb Sanders, currently locked in a battle for the Jockey's Championship with Jamie Spencer.

Meanwhile the Chancellor is also extending the government's Fucknut Compensation Scheme to ensure that people can do whatever they want with their money without the slightest consequence.

Mr Darling said: "Maiden stakes are always so fascinating. The runners are out there for the first time and, who knows, one of these young horses may be a legend-in-waiting.

"What's more the jockey's title is going right down to the wire. Terrific stuff."

Personal finance expert Bill McKay said: "Previously the Fucknut scheme covered only the first £32,000 you decided to give to salaried loan sharks.

"Now the government will refund every penny you spend, even if you invest your life savings in the return of Betamax video recorders."

Mr Darling added: "If you see a brand new Ferrari advertised on eBay for a Buy-it-Now price of £3000, my advice is 'go for it'.

"When you turn up to collect it and discover you've been shafted, worry not – I'll send you a cheque."

Tom Logan, markets analyst with ABF McMartin and Dillcott, said: "Northern Rock investors tend to be respectable types who vote, unlike the horrid poor people who are left high and dry when their Christmas Club goes down the shitter."

France Warns Of War With Iran Not Involving France 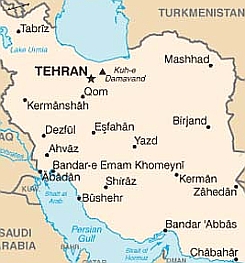 THE rest of the world could soon be embroiled in a war with Iran, the French foreign minister has warned. The last thing Iran needs is a lot of Frenchmen running about, said Kouchner

Bernard Kouchner said that in the event of conflict over Iran's nuclear programme, the United States and Britain would enjoy the full moral support of the French people.

"War is a terrible thing, which is why we prefer to avoid it," said Kouchner. "But for other countries it is often unavoidable and when that happens we will be there to wish them the very best of luck."

Kouchner said the easing of tensions with North Korea proved that diplomacy can work as long as it goes hand-in-hand with the threat of a war not involving France.

He added: "We urged the Americans to be tough with North Korea and assured them that if the situation did escalate we would be on the end of the phone, day or night. If necessary we would come over with a delicious pie."

Kouchner provoked a row last month when he accused the Iraqi government of being in disarray and insisted the country was still far too dangerous for French troops.

Meanwhile Iran has denied developing nuclear weapons, insisting it was only enriching uranium as part of its Duke of Edinburgh Award.