ARSENE Wenger has been warned by his last remaining player, Emmanuelle Eboué, that he never, ever plans to leave.

As everybody else in the squad expressed their desire to play anywhere else in the world that isn’t Arsenal, the Ivorian football-avoider told his manager that he would need a court injunction to stop him turning up for training for the next fifty years.

Wenger said “Not many people know that our move to the Emirates Stadium was just an elaborate attempt to give Emmanuel the slip, but he found out where we were hiding when chasing after a clearance he’d shanked out of Highbury during a practice match with himself.

“He admitted he hadn’t noticed that nobody else was around, just assuming that the fact he was sedately strolling up and down the wing without sight of another player or the ball meant it was just another training session.”

The nominally-speaking defender was signed by Wenger in 2005 after he won a bet with fellow manager José Mourinho to see who could find the least useful thing to put onto a football pitch, with Mourinho’s suggestion of ‘A thin coating of Hollandaise sauce” coming second.

Since then he has endeared himself to Arsenal fans by spending the majority of his time during matches by wandering around the stands signing autographs and asking them whether they’ve read any good books recently.

Eboué said “Fabregas wants to join his boyhood club, Nasri wants to win trophies and Bendtner wants to find a club that’s prepared to erect a statue of him outside the ground that depicts Einstein and Da Vinci sat at his feet in rapt attention of his godlike genius.

“But I’m quite happy to potter around here for the foreseeable future and earn more money than the staff of an A&E ward per week for occasionally redirecting a ball, if it’s all the same to everyone.” 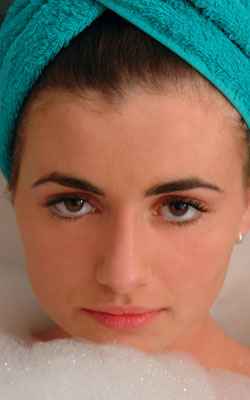 CASH-STRAPPED Britons have announced plans to heat their homes by incinerating energy bosses.

A huge steel burner will be constructed somewhere near Chester, into which the key players in Britain’s ongoing gas and electricity swindle will be lured with trails of low-denomination bank notes leading from the front porches of their thousand-bedroom country piles straight into its maw.

Energy customer Tom Logan said: “The incinerator is disguised as a bank vault that’s been accidentally left open. It is lined with straw, firelighters and shredded copies of leaflets advertising something called the ‘Friends Forever 9000 Happy Complicated Tariff’.

“Soon as the bosses are in there, we toss in a lighted match, slam the door and watch through the viewing portholes until their eyes melt.

“Apparently a single smouldering executive from the ‘big six’ gives off enough energy to illuminate every home in Basingstoke for a fortnight.

“Even if that isn’t true it’ll still be fun to try it.”

News of the plan emerged shortly after British Gas announced its first massive price hike for over a day, with the rest of Britain’s energy cabal expect to follow suit because they are similarly fine with the idea of having a larger – as opposed to a smaller – amount of money.

An energy industry spokesman said: “We are facing rocketing costs and consequently have little choice but to increase prices, just as we reduced them when wholesale prices fell.

“Actually that only happened in a parallel dimension, but anyway.

“Overall it’s a massive shag trying to eke a few hundred million out of this business these days, we really only do it because we like you, we’d be much better off with a little stall selling ethnic-influenced ceramics at provincial markets.”

Teacher Emma Bradford said: “Whoever introduced the word ‘tariff’ into my vocabulary deserves to die, regardless of the energy benefits.”