ENGLAND fans gathering in London ahead of tonight’s qualifying game against Bulgaria have been involved in running battles with the capital’s Womble population.

Riot police have described the situation in Wimbledon Common as calm, but litter-picking is still banned in the park until further notice. A decision is still to be made on what will happen to the things that the everyday folk leave behind.

Chief Inspector Wayne Hayes said: “This is the worst I’ve seen since Paddington Station burnt to the ground when England played Peru in a friendly back in 1983. At the time you couldn’t move for graffiti calling somebody a ‘Marmalade-eating fuckface’.”

Yesterday’s disturbances started after a Womble known locally as ‘Tomsk’ approached a group of England fans and asked whether they had finished with their discarded lager cans.

Eyewitnesses said the fans started chanting about the sexual availability of someone named ‘Madame Cholet’ and within 20 minutes a gang of tooled-up Wombles, armed with long pointed sticks, had arrived.

One member of the hardcore England supporter’s element known as ‘Jossy’s Giants’ said: “I ain’t being funny, right, but this country’s been going to the dogs since the 50’s when they let them soppy Flowerpot bastards come over here and start entertaining our kids.

“Couldn’t speak a word of the language and they get their own garden, meanwhile my nan was living in on the 8th floor of a tower block. Fucking disgrace, innit?”

A spokesman for the Womble community asked for calm, adding: “I don’t know if this makes any difference, but we’re not actually Bulgarian.”

Britain Still Lying About How Drunk It Is 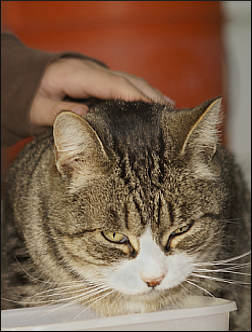 BRITAIN continues to tell the most transparent lies about how much it has had to drink, according to new research.

The Institute for Studies found that more than 70% of British adults said they have had only one or two small glasses of white wine shortly before collapsing into a hedge or climbing on top of a car and going to sleep.

Professor Henry Brubaker said: “Maybe it’s the new puritanism or some bollocks like that. All these fuckers going round saying ‘don’t do this, don’t do that’ and now everyone’s trying to look all goody-goody. It’s all fucking SHIT.”

He added: “That said, I myself have never been one for heavy drinking. Yes I did go to pub at lunchtime but I’ve only had a couple of pints. You fuckers.

Attempting to hold on to a railing that wasn’t there, Tom Logan, from Stevenage, said: “I’m fine. I am fine. Do you know Geoff? What time is it?

“Oh dear. I think someone must have slipped a little something into my bandy shass. Oh dear. Do you know Geoff? What time is it?”

Meanwhile Helen Archer, from Durham, insisted she was okay to drive because she had a big lunch and vodka doesn’t count.

“But then again why would they, given that I don’t drink because I’m such a good girl.

“Now then, who would like to see what’s in my knickers?”