England game too personal to watch in front of anyone

AN England fan has strongly rejected an invitation to watch tonight’s game in a pub because he can only face it alone.

Nathan Muir of Bedford explained that he would rather sit on stage at Wembley Stadium and defecate in front of 70,000 people than be with his mates from 7pm in a state of extreme anxiety.

He continued: “A pub? Where anyone might see me emotionally naked?

“I could weep, I could scream, I could suddenly realise that everything in my world is a lie. I could be returned to the womb or see my own death. And you expect me to do this in front of strangers?

“No, I will be in a fanzone of one, in the safety of my own home, with the doors locked. In life there are some paths that a man must walk alone.”

Friend Martin Bishop agreed: “The kids want to stay up to watch the game. I’ve said no. They’re too young to find out what kind of man their father really is.”

Welsh colleague not enjoying England games for some reason 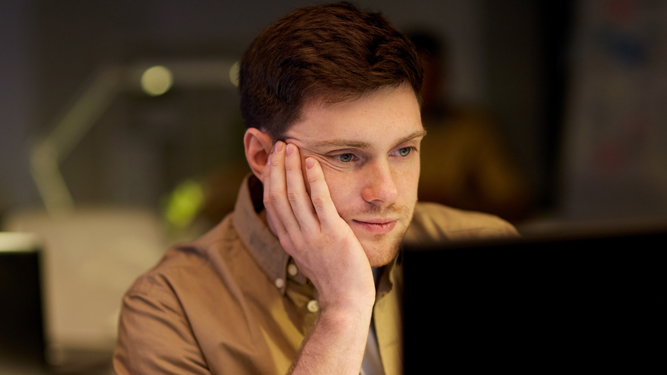 A WELSH football fan seems unwilling to join in with the English celebrations during the World Cup, leaving co-workers baffled.

Rhys Llewelyn-Jones accompanied a group of work mates to watch England play but seemed oddly less than jubilant when the Three Lions were victorious.

Stephen Malley said: “Strangely Rhys doesn’t appear to be enjoying England’s run at all. He tends to watch the games in stony silence except for when he accidentally cheers when the opposing team has a good chance.

“He does talk a lot about being Welsh, but surely Wales is just part of England really isn’t it? Like a county or something.

“Although when I made that point Rhys didn’t seem to happy and started muttering in another language, I guess it was French.”

Llewelyn-Jones has confided to close friends that his bags and packed and resignation note written so that if England do lift the trophy on Sunday he can drive straight to the airport to emigrate.