England 'will find a way to fail'

ENGLAND manager Roy Hodgson has said he is determined that England will find a credible way to not succeed in Euro 2016.

After drawing San Marino, Estonia and a rocky outcrop in the Atlantic containing half a dozen puffins, there are fears that England cannot deliver the usual levels of under-achievement without looking like they’re taking the piss.

Hodgson said: “Euro 2016 has been extended to allow 24 countries, principalities and sea forts to appear in the finals, making competition to be the worst team more intense than ever.

“Clearly victory is not an option but the question is how, with the odds so terrifyingly stacked in our favour, to fail without resorting to slapstick.

“I’m considering some sort of hypnosis or remote-controlled genital electrodes to punish goal-scoring.”

Hodgson will have to decide if the experienced inanity of players like Gerrard and Lampard can see them squeak past teams of middle-aged bus conductors, or whether to turn to England’s new generation of idiots.

With the finals just two years away, the England camp will want to get off to as disastrous a start as possible before just about scraping though on goal difference after the final qualifier.

Hodgson said: “It’s going to be tough but I think if you ask any Liverpool fan they’ll tell you that I can plumb any footballing depths I put my mind to.”

We hate your music, say children 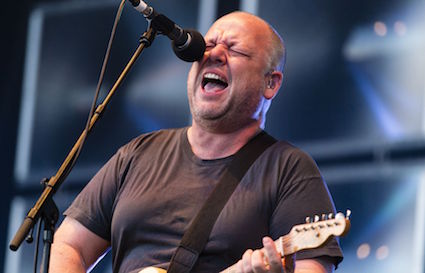 PRE-TEENS have confirmed they detest their father’s music, especially The Pixies.

Nine-year-old Nathan Muir confirmed that he would much rather have Now 86 on a loop during car journeys than any music his dad thinks is good.

Muir said: “I know it makes daddy happy to say how much I love the primal energy of The Pixies, but I’ve very little interest in a fat sweaty man who’s really cross.

“Same goes for The Smiths, R.E.M., Sonic Youth, anything that comes in a special expensive box with loads of CDs and a shiny booklet.

“I just want something I can sing along to that doesn’t give me a headache. Failing that, put Radio 4 on so that every eight seconds I can ask what John Humphrys is talking about.”

Muir also asked for a halt to his father’s attempts at getting him to like vinyl records, threatening to put a gouge in his 180-gram reissue of Bryter Later if he does not leave him to play with his Lego.

He added: “I eat breadcrumb turkey dinosaurs, firmly believe vampires exist and my bed is shaped like a space rocket. I’m not really bothered about ‘analogue v digital’.

“And there isn’t enough Sunny D in the world to make me to listen to Neil Young.”