SATURDAYS Chelsea-QPR game was silent because fans were immersed in this years sporting memoirs, it has emerged.

‘This is the best ghost-written book ever’

Occasional bursts of applause or booing were caused by particularly thrilling passages in books by Roy Keane, Kevin Pietersen and Dennis Bergkamp.

Jose Mourinho said: “I looked at the crowd and saw a sea of serious, determined faces.

Not their faces  the faces of Alex Ferguson and Luis Suarez on the covers of their mass-market hardbacks.

“No sound could be heard, even though their lips were all moving because they are not strong readers.

“It is no wonder that we conceded a goal because the team lost focus, and also because Thibaut Courtois was on chapter six of Andrea Pirlos I Think Therefore I Play.

Visiting manager Harry Redknapp spent the entire time reading his own new book in the hope of picking up some management tips.

Fan Julian Cook said: “I can only allot so many hours per week to sport, so the game seemed an ideal opportunity to multi-task.

“Decent game, was it? I can’t wait to read all about it in Eden Hazard’s autobiography Caution! Hazard, out October 2015 from Hachette.”

We know ten per cent is bugger all, customers tell shops 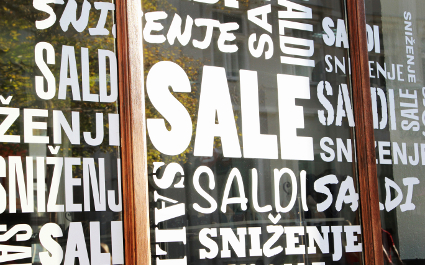 SHOPPERS have told retailers that a ten per cent discount is worthless so they may as well stop pretending otherwise.

Stores offering special Blue Circle sales where all marked items are ten per cent cheaper are panicking at evidence that shoppers know how percentages work.

Joanna Kramer of Tamworth said: “Ten per cent off a £200,000 house purchase, say, is a significant figure and not to be sneezed at.

“Ten per cent off a pair of jeans, however, is £4.60, a figure roughly adjacent to a Starbucks coffee and neither here nor fucking there.

“And 20 per cent isn’t much better. My advice would be to hold off on the massive signs in the windows until you hit 25 per cent at least.”

A spokesman for the British Retail Consortium said: “Shit. I can’t believe they’ve rumbled us.

“If they ever find out that we’re making stuff look cheaper by knocking a penny off so it’s only £49.99, we’re doomed.”