Eto’o determined in the face of poverty

SAMUEL Etoo is determined to get along at Chelsea despite earning just 135K a week.

Etoo said: Ive played for Barcelona for the love of football in front of passionate, knowledgeable fans and Ive played in Russia for enough cash to buy half of Alaska. And now look at me. What have I become?

The striker, formerly of Scrabble-friendly Anzi Makchachkala, was earning a third of a million pounds a week in Russia, where you can also hire a fighter jet to strafe a glacier for the equivalent of £15.

Jose Mourinho has prepared his squad for Etoos poverty by driving them around the parts of the Kings Road without off-street parking.

He has threatened to come down hard on anyone bullying him for his inferior designer clothes or unmodified SUV.

3D of no interest since Jaws 3-D 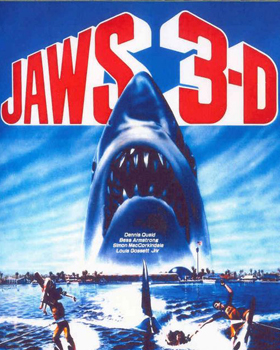 3D IMAGERY of any kind has not been exciting since the 1983 film Jaws 3-D, it has been confirmed.

Skype has announced the development of 3D video calls, the latest in a range of three-dimensional innovations that seem banal to anyone but the most desperate perverts.

Technology blogger Carolyn Ryan said: “If anyone remembers Jaws 3-D, that was really the pinnacle of 3D in terms of anyone caring.

“At least that sounded good until you realised the film was unmitigated shite starring Dennis Quaid.

“Also that 3D sharks and body parts didn’t really fly out of the screen, they just sort of loomed a bit.

“The main problem with 3D is that everything not on a screen already appears in 3D, so it’s hardly a novelty.”

Mother-of-two Nikki Hollis said: Like everyone else I never speak on my phone anymore, exclusively making video calls. Hang on, thats the exact opposite of true, isnt it?

I meant to say that I never make video calls because I dont want to see my boyfriends badly-pixelated pores looming at me when I call to ask if we need bread.

I use Skype only when given no alternative, and I cant imagine my conversations with my retired parents in Cyprus would be enhanced by seeing their sagging turkey necks in three dimensions.