THE FA Cup third round will see an epic battle between players you have never heard of against players who were okay five years ago.

Manchester City’s £2bn worth of odds and ends will face eleven of the mistakes Alex Ferguson never makes at the Etihad stadium, with the winners playing a bunch of third-division no-hopers in a ghastly mauling.

Ferguson said: “A draw like this is exactly what the magic of the cup was all about until we finger-fucked it 12 years ago by not bothering to turn up.

“Our 20%-strength side will give 110% for 80% of the game until one of us is getting shellacked, by which point everyone involved will give 1% of a fuck.”

Roberto Mancini has also pledged to field a similarly-depleted side, promising that the only thing not half-arsed about the match will be the ticket pricing.

Mancini said: “These are the games that really fire up the imagination of the burger vendors and programme sellers and it promises to be an occasion for our financial director to tell his grandchildren about.”

Other ties in the third round will be remunerative fairytales, with Cheltenham facing a magical restructuring of their business loan in an away match to Spurs while Everton’s under-18s will give Tamworth a boost to their medium-term liquidity.

Ferguson added: “As a kid, the FA Cup is the competition players dream about not playing in until the semis because they’re actually good at football.” 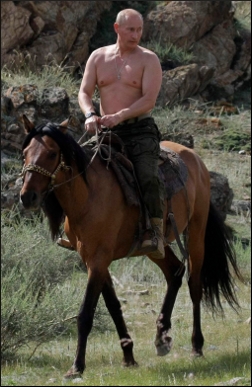 THE result of Russia’s parliamentary election was decided two weeks ago and then locked in a safe to prevent corruption.

Prime minister Vladimir Putin stressed the result had been approved by an independent advisory committee who were now under his 24-hour protection.

He said: “In order to ensure that there was absolutely no whiff of sleaze or corruption about the independent advisory committee, I appointed this man myself.

“I trust his judgement completely and the fact that he is me simply makes me trust him even more.”

Putin also said the pre-approved drop in support for his own party
showed that Russia was now an advanced country that could arrange
election results in a very realistic way.

He added: “Democracy is far better for everyone if government is as small as possible. Or – in the interests of really keeping costs down – just the one person.

“It is not for me to say who that person should be. But it should be me. And it is.”

Mr Putin is also running for president in March, with the election result expected some time in February.