FOOTBALL fans have decided exactly how everything in their lives will develop over the next nine months.

Entire narratives, life-changing events and even romantic liaisons have all been assumed from the first 90 minutes of football played so far.

Footballologist Wayne Hayes said: “Based on yesterday’s game Stoke fans will assume life will be dreary, uneventful with occasional moments of breathtaking unfairness which, living in Stoke, seems likely.

“But Liverpool fans, based on the same game, will see themselves mooching around not doing very much before stealing something with a few minutes to spare. Which, well… yes.”

Hayes added: “Like a butterfly beating its wings and causing a typhoon halfway round the world, some overpaid arsehole missing a sitter might mean an absolutely shit January.”

The carefully crafted personal storylines will be discarded and rewritten following next weekend’s matches, to be replaced with a whole new set of fears, catastrophes and, in the case of Sunderland fans, screaming constantly into a pillow. 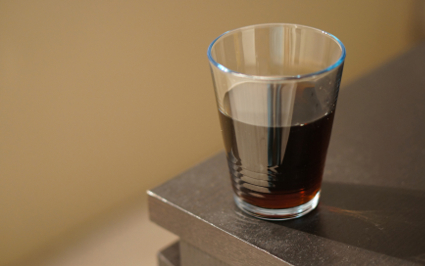 COCA-COLA has brought out a non-carbonated version of its signature beverage intended to be drunk warm in the sun.

Coke Warm&Flat, available in Diet, Zero and Cherry varieties, promises to offer that opened-and-left-in-the-car-for-two-hours taste straight from the can.

A Coke spokesman said: “Customer behaviour shows that, while everyone loves the first, refreshing swig of fizzy, ice-cold Coca Cola, they then tend to recoil from the actual taste and put it down for a bit.

“But then, when still thirsty later that same day or the next, they will happily chug that same flat, warm Coke down oblivious to the ants that have fallen in.

“Coke Warm&Flat is the Coke you crave, just as cold tea is the drink you really want but you have to pretend. Now you need live a lie no longer.”

Following the launch of Coke Warm&Flat, the company will prepare for the October launch of Coke Fake, the Coke for everyone who prefers the taste of supermarket own-brand cola to the real thing.