Federer Becomes Most Boring Man Ever

ROGER Federer tore up the record books predictably last night following an utterly tedious victory over some American who's done nothing but play tennis since he was seven.

Federer beat Andy Roddick to become Wimbledon Champion for what feels like the 80th time after a match that many people thought would outlive them.

Tedium analyst Bill McKay, said: "Once it goes past 10 games in the fifth set it is automatically designated a classic by the BBC and then everyone has to agree that it's a classic or end-up looking like the sort of person who doesn't know very much about tennis."

He added: "This is a day that will be long remembered by people who enjoy watching a large American robot hold his serve for four and a half hours."

His victory means Federer is now officially the most mind-numbingly tedious man of the professional era, but experts say he is easily more boring than the great amateur bores of the late 19th century.

He finally overtook Pete Sampras, a man so painfully dull that boredom experts said no-one could ever be as boring as him.

Boredom fan Tom Logan said: "And Sampras was even more boring than Bjorn Borg who, if you remember, was unbelievably tedious."

He added: "If you asked someone to imagine the most perfectly boring person ever there's a very good chance it would be someone called Roger and he would come from Switzerland. He really has been blessed by the Gods of Boredom.

"I don't know whether it's the shaving adverts, the mundane private life or the fact that he never says anything even remotely interesting. Or it could just be the fact that he's really, really good at tennis."

Federer was congratulated by his boring friend Tiger Woods who still hopes to shatter all previous tedium records by continually thrashing everyone at golf. 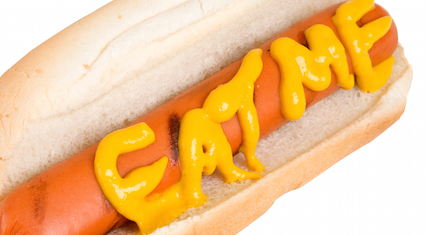 A LIFE of po-faced self-denial and thinking that animals are people can reduce the risk of cancer, doctors have claimed.

Research shows a point blank refusal to give in to your base instincts can add anything up to four years to your self-satisfied existence.

The latest study comes as the British Medical Association grouped tumours of the bowel, liver and lung into a new category known as the ‘fun cancers’.

A BMA spokesman said: “Anything more thrilling than Songs of Praise will sprout tumours like mould on a week-old loaf.”

But Professor Henry Brubaker, of the Institute for Studies, said: “The most common carcinogen is one that is known in the scientific community as ‘being alive’.

“I do not understand how some people can go through life without doing shots off someone’s naked bum while having a sneaky fag.