ANDREW Flintoff's Ashes bid received a boost yesterday after scoring 12 runs against a side throwing the ball quite fast.

Flintoff's haul, which equals the highest innings scored by English batsmen during the 20/20, came off 15 balls in 18 minutes.  An ECB spokesman said: "Ideally, we wouldn’t have wanted Freddie to be out in the crease for that long.

"Anything more than 25 minutes and he tends to fall to bits like an Ikea wardrobe that's been bumped into by a chihuahua. He might look like twenty stone of galoot but he seems to be made of meringue."

Lancashire coach Peter Moores refused to wrap Flintoff in cotton wool, adding: "Freddie needs plenty of lumps of wood hurling at his fragile body if he's to be fit.

"Besides which, he's actually allergic to cotton wool. When he was 21 he almost died after using a q-tip to clean his nose."

Flintoff's career has been plagued by injury since his local pub moved to heavier pint glasses with handles in 2001. And he missed the 2006 Sri Lanka ODI series when a dropped Dundee cake fractured his metatarsal.

Moores said: "He can still hit the ball almost 50% of the time and the opposition still need several goes before turning his stumps into a hundred thousand tiny matchsticks.

"And you should see him throwing the ball, too. He can do it overarm and everything." 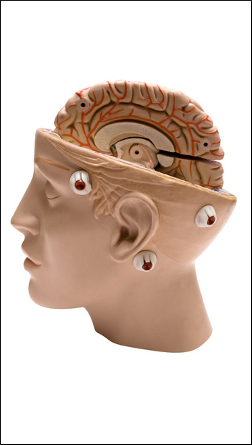 SIR Fred Goodwin was understood to have lost his mind last night after deciding to give up half his pension and leave his luxury villa in the South of France.

As the former Royal Bank of Scotland chief executive made the offer to smooth his return to the UK, people across the country said if it was them they would be learning French and browsing through yacht catalogues while an attractive man or woman licked paté off their private area.

Wayne Hayes, from Hatfield, said: "He's giving up the pension so that he can leave the French Riviera and come back to Scotland? I'm sorry, I must have misheard you, can you say it again more slowly?"

Margaret Gerving from Guildford, added: "Surrender half the pension you are legally entitled to so you can come back to some shithole of a country where it rains all the time and everyone thinks you're Satan… I'm beginning to understand why RBS went down the tubes. He's a psychopath."

She added: "Is he really that worried about people in Britain hating him? They hate whoever happens to be on the front page of their idiot newspaper. Half of them hate Susan Boyle and they don't even know why."

Tom Logan, from Porter, Pinkney and Turner, said: "If the criteria for giving back half your pension is being shit at your job, then can we have back half the pensions of all those teachers whose schools have been churning out thumbless fuckwits for the last 20 years?

"The long term cost of that is going to make the bank bail-out look like a smaller amount of money because it will be."