Futsal player talking about it as if it’s normal

A MAN has been casually mentioning his futsal league to confused colleagues.

When asked about his plans for next week, Tom Logan repeatedly made reference to what he stressed was an important futsal fixture without offering any explanation of what futsal is and why he would be involved in it.

Wayne Hayes said: “I always presumed Tom spoke with a bit of a lisp and was talking about football, but it seems there’s something called futsal that he does fairly frequently.

“He talks about futsal as if it’s the most natural thing in the world when any normal person would believe it to be a sort of anti-fungal product.

Workmate Emma Bradford said: “He told me he plays for England, but if that’s the case then why does he work in our office and still bring a packed lunch in with him?” 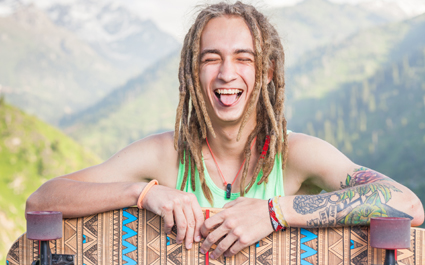 BELIEF in popular slogans about not being judgemental is a defining characteristic of arseholes, it has been claimed.

Experts at the Institute of Studies interviewed 272 people who used the Tupac Shakur lyric ‘If you don’t know me don’t judge me’ to accuse relative strangers with no particular opinion of them of irrational hatred.

Professor Henry Brubaker of the Institute for Studies said: “The study sample also included those who also claimed ‘You haven’t been through what I’ve been through’ and demanded that the public ‘Don’t judge my choices until you know my reasons’.

“However those choices were extremely stupid ones usually involving wishful thinking about members of the opposite sex, or the viability of making a living as a fire-eater.

“Knowing these people actually results in a harsher opinion about them, particularly when they’ve put massive bits of wood in their ears and then acted surprised about being unable to get a job in a bank.”

Street performer Julian Cook said: “People judge me on my alternative, steampunk-influenced appearance and that’s wrong. You can’t make assumptions about a human being from how they dress themselves, unless they are wearing a suit in which case they clearly a bastard.”