The 37-year old applied for, was offered and accepted the Leeds job back in June, after which he admits he forgot all about it.

Monk said: “I was in a pretty bad place when I sent them my CV, and I didn’t expect to hear anything back. You’d have to be mad to want to manage Leeds, and I said as much on my cover letter, so I was quite surprised when they sent me a contract.

“But I wanted to relax and enjoy my summer, so I put it out of my mind. We had a lovely time in Florida with the kids and then a weekend in Dublin in July, where we ran into the Leeds players on a pre-season training camp.

“That should probably have jogged my memory if I’m honest, but that can’t be helped now.”

Monk added that while the Championship season kicks off on Friday evening, Leeds are not in action until Sunday, giving him extra time to prepare.

Leeds United fan Tom Booker said: “I thought the fat bloke was still our manager, or the man with grey hair, or maybe the foreign one. Never mind, I’m sure he’ll be sacked soon.” 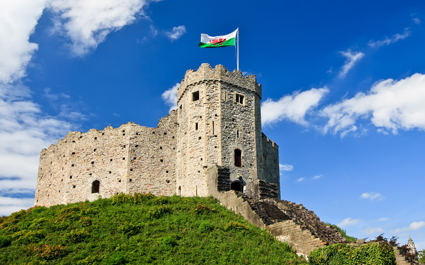 A WELSH family who scooped a massive lottery win decided to buy their country of birth, they have revealed.

The Bishop family of Abergavenny won over £61m in the EuroMillions lottery, enabling them to pay off their mortgage, book a dream holiday and become the new rulers of Wales.

Dad Martin Bishop said: “We’ve always dreamt of owning our own country, so when our lottery numbers came up we put in an offer to the British government and they accepted straight away.

“Wales is perfect for us because we’re familiar with the area and local customs like going to Sainsbury’s. My wife’s declared herself Queen of Snowdonia and I’m doing up Caernarfon Castle so my daughter’s friends can come round for sleepovers.”

Son Euan Bishop, 12, said: “Ruling Wales is sick. Today I had to deal with a border incursion by Bristolians, but the Welsh Guards soon killed those dope-smoking bongo players.

“Dad’s been pretty strict though. He says if I don’t come up with an economic regeneration plan for the Valleys by Saturday he’s not taking me to see Star Trek Beyond.”