AS football punditry’s Che Guevara, it’s not just revolutions at Old Trafford that get my backing. Check out my post-game analysis of these world events:

You have to hand it to the Castros there, they’ve played an absolute blinder. For a while I’ve been warning that the Batista government was there for the taking because it’s become complacent that US backing made it unbeatable. There’ll be some red faces on the CIA bus home tonight.

You can’t just set up defensively and unimaginatively and expect to take something away no matter how good you are, and that’s what these East German lads are discovering now. Park the bus for 38 years, but all it takes is one opening and the whole thing crumbles. Sympathy to the boy Erich Honecker but once you’ve lost the dressing room.

Disgraceful organisation. Where are the tactics? You get behind their press and you’re milling about looking for someone to take the lead like Kevin Keegan’s Newcastle. If it needed proving that far-right politics simply don’t have the conviction to secure a win, then it’s right here. Communism all the way for me.

You can’t launch a coup attempt and then have Owen Smith playing up front. The lad would struggle in the Championship. Corbyn may be old, but he’s got that extra half-a-yard in his head. Useless in attack though.

It’s been coup after coup for this autocrat, proving that erratic ego-led dictatorship has had its day. Time after time we see the people come together and rise up as one demanding the toppling of the old regime. Should be tried for his crimes in The Hague.

Now this is absolute class from Lenin and his squad. Sweeping in, overthrowing the corrupt Tsarist regime, just mercilessly extinguishing that whole Royal line, abolishing private property, giving the workers full control of the means of production. Textbook. That’s what we want to see, except at Salford FC which I own with my millionare mates. 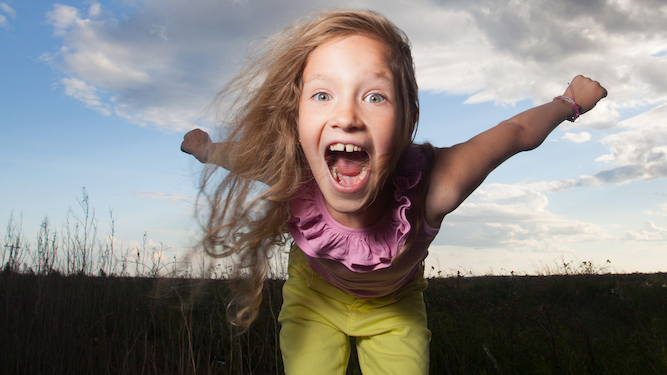 THE second-born child of any family is completely and utterly mental, exhausted parents have confirmed.

The families of well-behaved firstborn children admitted they were lulled into a false sense of security before giving birth to certifiable maniacs.

Mother-of-two Emma Bradford said: “They’ve both been brought up the same, but Seth gets up and watches a bit of Netflix while Amelia leaps into our bedroom screaming ‘Today I am a guinea pig and I am going to EAT YOUR FACE!’

“At dinner she climbs on the table claiming there’s a bomb in her cottage pie. When she cleans her teeth she has to run a circuit of the whole house while brushing. She made me take a picture of a dead rat and wants it framed.

“From the moment she wakes up she seems to think ‘what can I destroy today?’ Meanwhile her older brother rolls his eyes, sighs, and does his homework early.”

Seven-year-old Amelia Bradford said: “I am the queen of poos and I’m going to throw all the cutlery in the bin, make a den out of yoghurt and then wee in the big pan.”

Child psychologist Helen Archer said: “The well-behaved firstborn tricks parents into being confident enough to have a second child, who is an unhinged trickster Satan.

“I’ve written a whole paper proving this, but my second child put my MacBook in the microwave.”