The finale will see Ted turn out to be Jo’s mole, Thurwell to have faked his own death, Kate sending a secret message in semaphore with her nail art and H to be Patricia’s evil multiple-personality psychic identical conjoined twin.

Former fan Joanna Kramer said: “Like any long-running thriller that asks more questions than it can answer, the conclusion will be an absolute car crash.

“Everyone will be lying to everyone else, nobody will be who they seemed, minor characters from earlier series will turn out to be alive and pulling the strings, and Bran will be made king. Oh, hang on. That’s another show.

“It’s all about the journey in programmes like this, and the journey always ends with the writer admitting he lost the thread somewhere in series three and has been piecing it together from fan theory sites ever since.

“In reality what happens is police investigate police, police find copious evidence of police corruption, police cover it up and receive big pension. But that’s never going to get 10 million viewers on a Sunday night.” 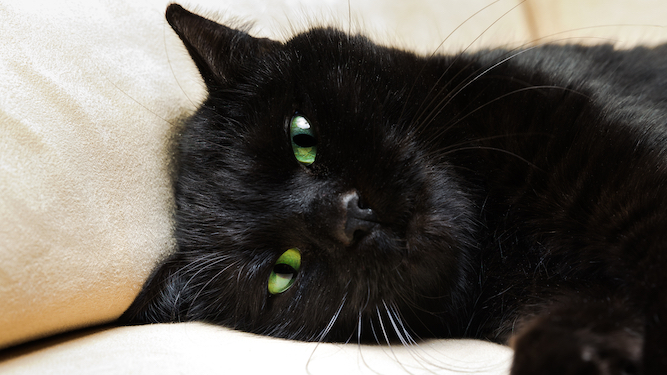 The sheet of paper taped to a lamp post describes missing cat Max as playful and curious in cloying detail, but fails to mention that he deliberately knocks mugs off tables and likes to claw people.

Owner Tom Booker said: “I had to bend the truth and say he’s sweet and easily startled, which couldn’t be further than the truth. He’s a f**king terror.

“Since Max has been gone it’s like a weight has been lifted. I’m no longer sharing my life with a little twat who brings dead, savaged birds into the house and insists on watching me go to the toilet.

“I actually regret putting up the poster, but I’d look like a right uncaring bastard if I hadn’t.”

Upon hearing that Booker thought he was better off without him, Max promptly returned home and took a shit on his bed.