Gerrard blamed for everything

STEVEN Gerrard is responsible not only for Liverpools poor start to the season but all war, disease and famine, it has been claimed.

Researchers believe that the former England midfielders ability to lose possession and fall over at key moments is merely the outermost fringe of a massive favourable outcome vacuum.

Professor Henry Brubaker said: He is a jinx on a global scale.

Whether its a half-witted attempt to head the ball that sets up a calamitous goal or a hurricane on the other side of the planet, all bad occurrences stem from Gerrard.”

The solution to what the UN has labelled the G factor is not immediately apparent.

A UN spokesman said: We cant nuke him as its not really his fault. Perhaps he could be locked away in a lead box buried deep within the earth.

Give him some football magazines and a torch to read them by, meanwhile all war will cease and the sun shine brightly forever.

Spurs takeover off after bidders watch them play 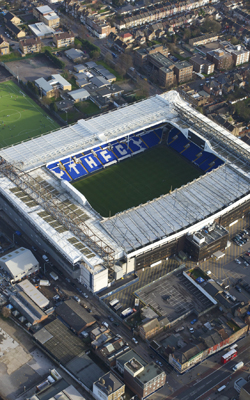 INVESTORS have withdrawn a bid for Tottenham Hotspur after seeing them in action.

Cain Hoy executives attended Wednesday’s Capital One game against Nottingham Forest to give them a taste of the team in action but during a goalless first half several of them slipped into mild comas.

Consortium head Nikki Hollis said: We’d had a chat with Malcolm Glazer about how investing in English football was a great way of making a fortune without doing any work.

“He also recommended it as a way of annoying millions of arseholes which, while not financially lucrative, is always fun.

But Erik Lamela? Chas and Dave?

Hollis said: Oh, and the pies? Seriously, what the fuck?

Spurs had hoped the investment would allow them to purchase their first striker since Jurgen Klinnsman and employ a songwriter to create a chant that does not involve Arsenal.

Cain Hoy were due to make a cash offer for the team in the region of eight figures, if you include the two numbers after the decimal point.

An earlier ‘one billion’ valuation of the club was dismissed, unless the currency in question was the Mark during the hyperinflation-hit Weimar Republic of the 1920s.