Giggs deserves knighthood for services to not behaving like a footballer

WAYNE Rooney has led calls for Ryan Giggs to be knighted for devoting 20 years to not behaving like a professional footballer.

The knee-faced striker believes it is only a matter of time before the winger receives the honour, assuming he can dodge the skanks and assault charges between now and his retirement.

Rooney said: “You only have to look at what Ryan’s done over the last 20 years to see he’s not an absolute legend in the world of pumping whores or getting drunk and kicking people in the face.

“He shows young lads that it really is possible to get paid a huge amount of money and not be a violent criminal or a sleazy pervert.”

Hobbs added: “He’s also resisted all that background arsehole radiation he was exposed to by being managed by Ferguson for 20 years.

“It turned Gary Neville into a mutant freak.”

He added: “Similarly, knighting a Welshman would be like putting a chimpanzee in charge of a busy restaurant kitchen.

“It’s all very engaging for us, but the poor creature hasn’t the faintest idea what’s happening to it.”

Middleton leased to Berlusconi in bid to slash deficit 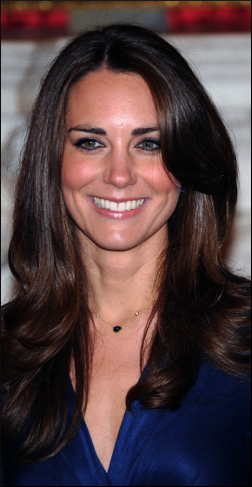 Financial gurus believe Britain’s record deficit could be slashed by nationalising Kate Middleton and hiring her out to distinguished, wealthy men of taste.

Julian Cook, chief economist at Donnelly-McPartlin, said “Some of these so-called ‘high class’ companions get £2,000 an hour for their friendship skills yet from their website pictures it seems most of them look like Zelda from Terrahawks.

“Kate’s very pretty and although she may be a little old, I’m sure a wealthy well-connected gentleman – step forward Mr Berlusconi – would pay something to the tune of £3,500 or even £3,750 for an evening of her personal attentions.

“The taxpayer would simply need to stump-up for a soulless flat in a quiet cul-de-sac near an airport and perhaps a few towels, as I believe is the custom with such things. But I do think both sides are getting a deal.”

He added: “Whatever takes place would be strictly between them. Kate could just bathe him or something.

“Silvio strikes me as the sort of man who likes to be cuddled while he cries. In this scenario Kate would not be acting as an ‘escort’ in the pejorative sense.

“Rather she would just be prostituting herself emotionally, whoring out her soul if you will, but without any actual intercourse.

“It’s just a very real, very practical way in which the monarchy can serve the nation in its time of strife.

“However we do need to seize this window of opportunity before she starts pumping out heirs.

“The prime minister of Italy likes it nice and tight.”