OLIVIER Giroud has been named the hottest letdown in the Premier League.

The Arsenal dreamboat, famous for his wistful pout every time he misses a chance, took first place in the list of frustrating beefcakes.

List compiler Helen Archer said: “Giroud is statuesque, in a good way, but also in a bad way.”

“He sets pulses racing by getting his beautiful body into the six yard box, before slowing those pulses right down again by slicing a shot miles wide.

“You can just imagine him abseiling to your bedroom window to deliver a box of chocolates, before knocking over your pencils and standing on your cat.”

The France striker finished just ahead of Southampton’s Graziano Pelle, who researchers said might get your name wrong, but would at least remember to text you.

Giroud’s manager Arsene Wenger said: “Olivier represents beautiful failure, or as I like to call it, the Arsenal way.” 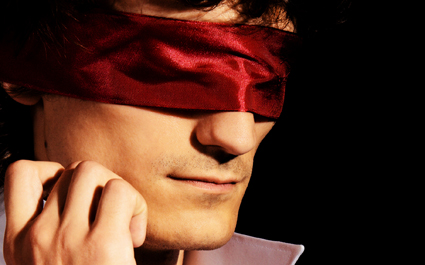 PEOPLE being dragged to see Fifty Shades of Grey are wearing blindfolds so that they can sleep.

31-year-old Tom Booker, whose wife likes the books, said: “This blindfold is really spicing up being made to sit through this tepid wish-fulfilment tripe.

“I can have a nice nap, having asked her to wake me for the nudity.”

26-year-old Mary Fisher said: “I’m being made to go by a friend who is obsessed with the wholly fictional idea of a man who is both rich and physically attractive.

“Luckily I can use this sleek satin blindfold to avoid seeing either the screen or her getting a bit turned on.”