Hull To Buy Owen For Spares

Hull City are to buy Michael Owen with a view to breaking the player down for parts.

The England striker is set to leave Newcastle after the club decided its Premiership fight back stood a greater chance of success with younger, more promising players battling for a place on the treatment table.

Hull coach Phil Brown said: "He's got a great footballing brain, a lovely right foot and has massive heart. All great assets in the bodies of players who aren't made of dry twigs."

Brown said his bid for Owen was prompted after receiving a DVD advertising the sometimes-striker, adding: "It was a showreel of goals mixed with Michael clutching his thigh in agony, although I did notice none of the footage was dated after 2001."

Owen's parts have been earmarked, with Nick Barmby set for a major overhaul. Brown said: "Nick's been in decline for years but he'll be back to his best after we've fitted him Michael Owen's hips and eyelids."

He added: "I just hope Parcelforce don't jiggle him about too much in transit.  I don't want any toes falling off leading to a big argument with Newcastle about whether the toes had already fallen off before they posted him."

On completion of the limb and organ harvesting, Owen will be refitted with reconditioned player parts from the Hull squad. A club spokesman said he would eventually look like a 'clean-cut, twinkle-eyed bag of offal'.

Meanwhile Owen's hamstrings will be sold to British Nuclear Fuels who have been searching desperately for a substance with a shorter half-life than enriched Uranium. 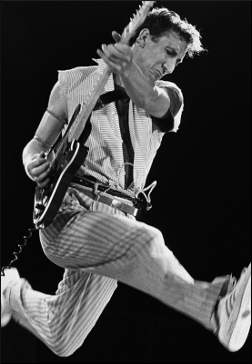 MEET the new boss – same as the old boss, the Royal Bank of Scotland said today.

As the bank outlined a package worth £9.6m over three years for chief executive Stephen Hester, analysts said the deal could be a serious obstacle to the public's determination not to get fooled again.

The package is made up of £1.2m in annual pay, up to £2m in bonuses, and up to £6.4m in long-term incentives linked to share performance which in turn is based mainly on luck.

Chancellor Alistair Darling, who approved the deal, insisted the best way to end the culture of greed which brought the UK's financial industry to its knees was to pay someone £3.2 million a year to go to a lot of meetings.

He added: "To these guys that kind of money is distinctly average. Don't get me wrong, to someone like you it's huge, – it's instant retirement, piss-your-pants, settle-scores-with-those-who-have-wronged-me kind of money – but remember, you're nothing."

Bill McKay, banking analyst at Porter, Pinkney and Turner, said: "Stephen Hester has a proven track record of going to meetings and getting paid an awful lot of money while the businesses he is in charge of fail or succeed based largely on events outwith his control."

Meanwhile an RBS spokesman insisted: "I'll tip my hat to the new constitution, take a bow for the new revolution, smile and grin at the change all around me, pick up my guitar and play, just like yesterday, then I'll get on my knees and pray."

He added: "And no, actually, we don't get fooled again. Mainly because this time it's performance related and the bonuses are paid in the form of non-cash incentives. Yeaaaaaaaaaaaaaaaaaah!"