Incomprehensible Scotsman buys &#163;20m worth of Soleros from Ajax

The iconic scowl has now been forced to employ interpreters to make his transfer requests understood after buying a huge quantity of non-footballing items from Europe’s leading clubs.

Ajax manager Frank De Boer said: “Mr Dalglish came into my office and told me he wants to buy ‘lots of Soleros’ and that he has more than Â£20m available. The fleet of trucks leaves next Monday.

“We even managed to negotiate a Â£5m add-on fee for some training cones and a tablecloth, although I think he may actually have been trying to order a taxi at the time.”

The trip to Ajax has brought Liverpool’s January spending up to Â£35 million after Dalglish left the San Siro in Milan with eight tons of topsoil and then orderded 40,000 pies from Aston Villa.

But he has recouped Â£7m after accidentally selling Ryan Babel to Hoffenheim during a takeaway pizza order.

Dalglish has yet to win a game during his new stint at Liverpool as he continues to struggle with basic sentences and many of the foreign players are under the impression the manager is still Roy Hodgson after having had some botox and a stroke.

Assistant Sammy Lee said: “Sometimes I look into his eyes and I can almost sense what he’s trying to tell me.

“Hopefully, unlike his two predecessors, it’s not that there’s a draught coming from somewhere or that he’s being targeted by Mossad because of his shoes.” 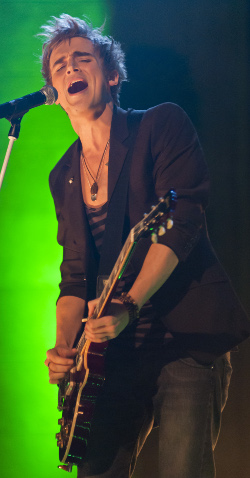 With rising university fees, bankers killing anything that moves and wave upon wave of unremitting social grimness Britain’s abandoned generation now has no excuse not to deliver a series of outstanding tunes.

Nineteen year-old singer-songwriter Michael Firth, said: “Most of my songs so far have been about problems with my mobile phone contract and the exceedingly long till queues in H&M.

“With Coldplay’s next album covering the subject of OCD I did think I was penning some fairly meaty stuff.

“But faced with the prospect of having to fill pork pies with jelly for a living I am now officially angst-sodden.

“We’re totally fighting a class-based financial war and I have a burning desire to reflect it in a song that will inevitably sound quite like Eton Rifles.”

Simon Cowell has also been moved by the plight of his customers and has ordered his indentured songwriters to focus on alienation and the need for far-reaching social and economic reform.

X Factor winner Matt Cardle said: “It’s tough out there for the kids right now. Money’s tight and they need some classic tunes to let them feel we’re all in this together.

“So my new single is about how I met this beautiful girl, but the vibe wasn’t right in the club so I ended up talking to someone else.”

He added: “If you had asked me six moths ago if I was going to be this generation’s Joe Strummer I would probably have said no.”