RICHARD Keys has blamed disturbances in the Force for his recent inability to cling on to his job.

The sports pundit impersonator and flexi-time Jedi claims the Youtube account leaking footage of him chasing secretaries around a desk is the work of the Sith Lords.

Using home-made equipment fashioned from an old BskyB squarial, he claimed the leaked footage is teeming with bad midichlorians.

Keys said: “Women lead to bras. Bras lead to breasts. Breasts lead to making ‘flubalubaluba’ noises whilst shaking your head back and forth.

“A very serious conversation with Human Resources where they ask you to hand back your security pass, that way lies.”

He has asked his former employers to be on the lookout for a woman named Darth Sexual Grievance filing harassment suits while ancient men in hooded robes look on and cackle before saying: “Good… good. You have controlled your fear of being groped, now unleash your claim for compensation!”

Rumours have already surfaced that Keys will retire from broadcasting altogether, after he told friends: “Excitement? Adventure? A sporting anchor craves not these things. Especially when presenting a Wednesday night League Cup tie between Swindon and Ipswich you are.”

But most insiders suggest he will hide away on the unregarded backwater station of Talksport and await the arrival of a young punditry apprentice whom he can instruct in the ways of calling women ‘Tittyfolol’.

Keys added: “With this new apprentice and the spectre of my former colleague, I will rid the sporting galaxy of the Sith feminists forever.

“When Sky struck Andy Gray down, they made him more powerful than they could possibly imagine.” 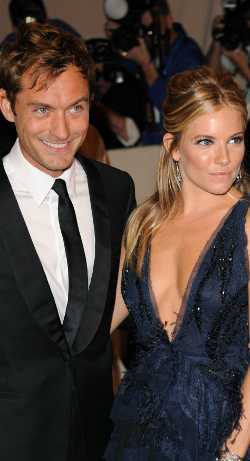 BRITAIN’S famous people are still insisting they are entitled to any kind of private life, it emerged last night.

As the investigation into phone hacking by the News of the World reopened, dozens of celebrities stepped up their case against the tabloid for intercepting the private information they had chosen not to use for promoting their latest piece of shit.

Martin Bishop, a lawyer for Steve Coogan, the actor who has recently won critical acclaim for playing himself, said: “The only things more important to Steve than his privacy are his family, his issues with drug and alcohol use and his professional insecurities, as you may have read in a 3000-word interview with an Observer journalist who he welcomed into his home.

“Steve would never want a tabloid newspaper accessing his private thoughts, unless of course his career reaches such a point where he would take anything he can get.”

Meanwhile former prime minister Gordon Brown has also asked lawyers to find out if his phone was hacked amid fears it may reveal vast quantities of as yet undiscovered public debt.

Tom Logan, professor of Look at Me at Reading University , explained: “They’re all like, ‘I’ll give you a glimpse of me as long as it convinces you to hand over a tenner to see this pathetic thing I made with some over-rated Americans’.

“These narcissistic fuckers have millions in the bank but instead of retiring and giving someone else a chance, they keep accumulating money. They want us to keep loving them, on their terms, so they can keep paying the man who mows the lawn at the house where they spend about 12 days a year.

“Meanwhile Sienna Miller’s complaining her thoughts are being invaded. She’s a good looking girl but I’d rather kill myself than have to listen to her go on about her stupid fucking job and how her latest role is so demanding. Do me a favour love.

“You can have privacy or be paid a million pounds to play pretend with your chums. But you can’t have both.”

He added: “Meanwhile if some prick thinks he should be allowed to exert authority over me and spend my money, then I want him wearing a microphone 24 hours a day. I want probes drilled into his head so I can see his fucking dreams.

“You can have privacy or you can sit in your fancy office in Whitehall thinking you’re the big man. But you can’t have both.”

Logan also explained that newspapers are vile, horrible places filled to the ceiling with overpaid, conniving bastards who would kill each other for the title of ‘assistant editor (football skanks)’.

But he stressed: “They are also rather sad, inadequate people who will cut corners to get results because their boss is an aggressive, bullying dick. Case. Fucking. Closed.”

He added: “And so what if the celebrities stop governing and entertaining us? Who gives a shit? I can govern myself thank you very much, meanwhile I’ll get myself a pair of bongos and a ukulele.

“I can’t play either of them for toffee but it’s got to be better than listening to fucking Coldplay.”