Dear Elspeth,
There are many ways you can catch gayness, for example by touching a dog’s willy with a stick, by wearing white socks with black trousers, or by letting your mum pick you up from the school disco. Unfortunately, there’s no known cure. But do not despair, because these days being gay is actually ok, and the only ones who don’t like it are bitter old people in brown cardigans who run B&Bs and read the Daily Mail and shake their fists at people for being a bit different. In actual fact, being a homosexual is so good for you these days that they’re going to start promoting gayness in our classes at school. So instead of memorising the periodic table, we’ll be expected to learn the lyrics to Take Your Mama Out by the Scissor Sisters, and in maths exams we’ll be asked questions like ‘if a lesbian asks you for directions to the swimming pool at five minutes past seven, what time will she be locked in a 69 with her firm young lover?’ or at least, that’s what my big sister told me. So if I were you, I’d stop worrying about your son’s sexual preferences and start asking him to help you out with your chemistry homework.
Hope that helps!
Holly 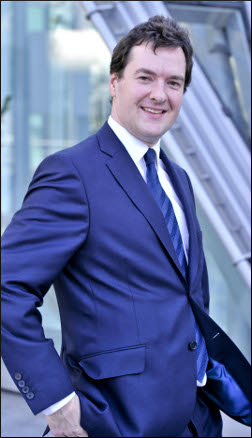 He said: “Ever since I was a school boy I have been lucky enough to have an ice cold bath every morning.

“And today, as I lay there reading the fourth quarter GDP figures, I had a sudden revelation. I immediately shouted ‘eureka’, leapt out of the bath and took this picture of my ball sack.”

Mr Osborne then unveiled a 10 foot square photograph of his badly shrivelled scrotum, adding: “D’you see what I mean?”

But the chancellor warned there could be no change in policy insisting scrotums could not be unshrivelled by waving a magic wand and urged consumers to treat the economy to the warm water and baggy, brightly patterned swimming shorts of increased spending.

He added: “While China struts around in tight jeans showing off its burgeoning packet, Britain’s once-proud Linford Christie-ness continues to recede like an Arctic swimmer’s.

“We must stay the course. We cannot simply turn a hairdryer on oursleves as I’m pretty sure we would get badly burned or get our John-Thomas trapped in the mechanism.”

The scrotum theory supersedes all of Mr Osborne’s previous economic metaphors including ‘a tin bath full of shit hurtling down a hill’  and ‘a dollymop’s fandango during shore leave’.