As Hodgson becomes the successor to Rafael Benitez’s bid to turn the club into an Hieryonimus Bosch painting, some fans said they have become conditioned to the Spaniard’s psychotic maelstrom.

Head of the Supporter’s Association Wayne Hayes said: “Roy has an endearingly odd speech impediment and we might find he’s a bit of a fusspot due to his age.

“But will he ever insist the players have a City and Guilds certificate in quantum plumbing, or try to sign the letter ‘Y’ from Manchester City for Â£14 billion?”

Since the end of the Anfield ‘boot room’ era the club has seen a
succession of increasingly deranged managers, with Benitez and Graeme Souness vying to be the Bill Shankly of modern Liverpool psychosis.

Meanwhile experts stressed that many of the fans could be suffering from a form of Stockholm Syndrome, where the victim develops deep feelings of affection for their tormentor.

Professor Henry Brubaker, of the Institute for Studies, said: “I suspect that some will move to Milan to be closer to him, while those left behind are likely to mount an aggressive and passionate defence of all things Spanish or mental.”

He added: “Many of them may even refrain from stealing things when they go on holiday to Magaluf.”

Hodgson said last night: “It’s a really great set-up, though I’m not sure I’ll be needing the padded restraints and the electric head brace.

“And once we’ve de-activated the explosive tripwires in the staff toilets and found a home for the 300 ostriches, we’ll be good to go.â€

But he added: “There have been a lot of concerns raised about the status of my mental health so I want to assure the fans that there is no way I would have taken the job of Liverpool manager unless I was out of my fucking mind.”

BBC Stars To Reveal What They Do With The Money 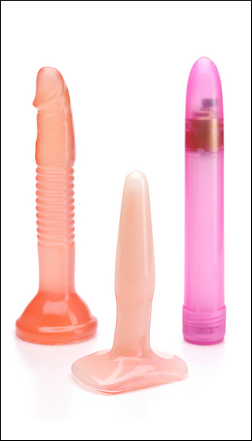 THE BBC’s most famous names will be forced to reveal how they spend their magnificent salaries, it has been confirmed.

The BBC Trust has scrapped a plan to publish the pay deals of the corporation’s biggest stars, insisting licence payers would receive better value for money if they just provided an item by item breakdown of all their stuff.

Last night a host of BBC celebrities pre-empted the move with Fiona Bruce claiming it was perfectly normal for an Antiques Roadshow presenter to have a restored 18th century barn full of cheese that they go and sit in when the feel lonely.

She said: “When Hugh Scully told me about his cheese barn, I thought he was deeply unwell. But it’s turned out to be an absolute lifesaver.”

In a defiant statement, University Challenge interrogator Jeremy Paxman said he
had built up his collection over many years, there was nothing
suspicious about it and he only ever uses them for re-frothing his
cappuccinos.

And News 24 stalwarts Philip Hayton and Matthew Amroliwala said they
would not be apologising for keeping more than 200 malnourished hostages
in a dungeon and bringing them out at weekends to recreate American
Civil War battles.

Hayton dresses up as Confederate General
Robert E Lee and Amroliwala plays maverick Union commander Ulysses S
Grant. Since 2007 both sides have been using real bullets, leading to a
steep increase in the cost of new ‘recruits’.

It has also emerged that Top Gear‘s Jeremy Clarkson has more than 800 china figurines with unusually large mouths, while Andrew Marr‘s Andrew Marr pays funeral directors thousands of pounds to supply him with plaster of Paris buttock casts of famous people who have recently died.

A BBC insider said: “Last year he paid Â£750,000 for a mould of Walter Kronkite’s arse. He touches it before every show. Then he touches himself. I don’t like it here.”