Liverpool to experiment with 0-11-0 formation

KENNY Dalglish is hoping to improve Liverpool’s fortunes next season by fielding a side comprising entirely of midfielders.

The incomprehensible spendthrift has signed 15 midfielders in the last two days at a cost of £112m and has had to be talked out of selling the other parts of his squad by an increasingly-terrified Steve Clarke.

Clarke said: “Before Sammy Lee was wheeled out following his nervous breakdown, the one bit of advice he gave me was not to let Kenny go scouting for players driving anything bigger than a scooter because you’ve got no idea what he’ll come home with.

“Granted, strikers are a bunch of prima donnas, defenders a bunch of thugs and goalkeepers are just fucking mental, but they do serve a purpose on the pitch even if, as in the case of Glen Johnson, that purpose is purely decorative.”

The latest acquisition is Blackpool’s Charlie Adam, despite the fact during his medical carbon-dating showed the ’25 year-old’ to actually date from the last Jurassic period.

Dalglish’s rationale for the new direction is that an 11-man midfield will form an impenetrable wall between the opposition and their half, and will be able to slowly advance toward the opposition goal in what he has dubbed ‘the Kitchener formation’ after the unbelievably wrong Word War I general.

Using a series of flash cards to indicate his tactics, he said: “We’ve proven pretty conclusively that we can’t pass the ball five yards without accidentally conceding a penalty or bursting into flames so this way they just need to link arms and walk forward whilst kicking.

“Imagine a West End chorus line with Dirk Kuyt in it.” 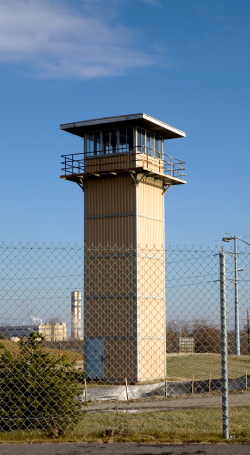 ANYONE who tries to leave Facebook will be shot, Mark Zuckerberg said last night.

The billionaire pimple has ordered the construction of concrete watchtowers, 50 metres apart around the perimeter of his social network, manned by armed guards wielding sniper rifles and bazookas.

“Everything you need is here, except Google, but we are working on a much better version of that and therefore anyone who still wants to use it has declared themselves to be dangerously unstable.

“We’ll soon see how much better they think it is when they find their bullet-ridden corpse buried in an unmarked grave next to the kitchens.”

Facebook users have welcomed the watchtowers insisting that limiting their movements so ruthlessly is bound to make their lives less confusing and traumatic.

Helen Archer, from Finsbury Park, said: “I like to keep my area nice and clean, that way I get more time on the snooker table.”

Zuckerberg added: “These watchtowers, bristling with state-of-the-art death, are a key element in our never-ending pursuit of awesomeness.

“But do not see them as an instantly lethal expression of authority, instead see them as a cutting edge utility that you absolutely should not fucking mess with.

“You may now feel free to discuss these issues incoherently with your friends.”