A 27-YEAR-OLD man has won the World Punching Competition.

Tyson Fury was crowned champion after judges added up the number of times he and his opponent had punched each other.

A spokesman for the World Punching Organisation said: “This was an absolutely classic night of punching. The best bits were whenever one of them punched the other one in the face.

“It was an absolute treat for punching fans.”

Fury said: “My strategy was to keep punching him until he fell over, and whenever the bell went off to stop punching him for a bit and sit down.

“I felt like my opponent was thinking along very similar lines, which made it all the more exciting.”

Punching fan Norman Steele said: “In the final analysis, the punching was quite good. I’d like to have seen Klitschko do more punching.

“The more punching, the better. I don’t mind who’s punching who, as long as someone’s getting punched.”

However Fury’s opponent Wladimir Klitschko said: “We should get together again and punch each other again, but harder. That would be good.”

Shapps forced to use own get-rich-quick schemes 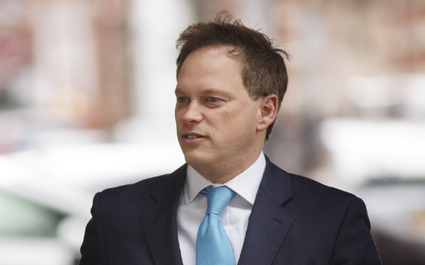 FORMER minister Grant Shapps is being forced to earn a living with his own get-rich-quick schemes.

After resigning over a party bullying scandal, Shapps is now financially dependent on his internet ‘marketing’ business based on e-books, blogs and other things that do not sound very profitable to sensible people.

Shapps said: “As my original website explained, you don’t need any particular skills to make $1,000 a day from sitting at home fiddling with the internet, so I should be coining it in soon.

“People are crying out for blogs full of mediocre content and weird schemes that sound a bit like pyramid selling. There just isn’t enough of that on the internet.

“I’m also looking at ventures like a website full of cat pictures that earns 0.0000001p every time someone clicks on an advert for natural weight-loss tricks doctors don’t want you to know about.”

Shapps said anyone wishing to share in his success should invest in one of his new e-books, such as Make Money FAST!!!, Win With Hot Women or Ultimate Streetfighting Techniques.