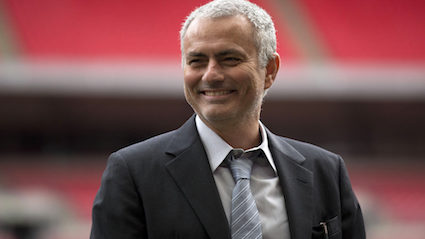 MANCHESTER United remain unchallenged as the jammiest gits in the Premier League, it has emerged.

Against Everton, a last-minute penalty saw them scrape a controversial draw that they in no way deserved, demonstrating that the ridiculous good fortune that has characterised them for 25 years still has a way to run.

Club director Bobby Charlton said: “All our titles in the 1990s were because Sir Alex Ferguson found that enchanted monkey’s paw, and now we’ve got Jose Mourinho’s satanic rituals for that extra little boost.

“One-nil down in the 94th minute, I knew we’d fluke a penalty out of nothing, and sure enough, Ashley Williams suddenly decided he was Gordon Banks with the power of invisibility.

“Mind you, we’d still have got a penalty if he’d sneezed, or breathed in, or deliberately used his legs, because that’s how we roll at Old Trafford.

“We’re going to end up in the Champions League thanks to a ridiculous series of unlikely coincidences involving Liverpool losing every game and Tottenham being wound up.”

Season-ticket holder Nathan Muir said: “Enjoy it while it lasts, Chelsea. We’re going to spunk our way to the title next year winning every game 1-0 thanks to a Zlatan Ibrahimovic handball, and we won’t even pretend to be sorry.”

People without kids dreading Easter Holidays even more than parents 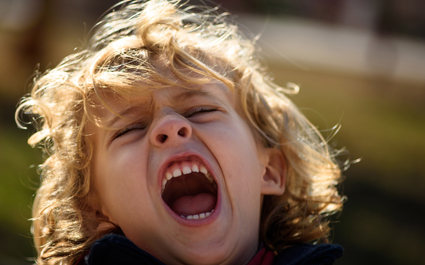 PEOPLE who prefer to avoid children are concerned that they will be absolutely everywhere next week.

With schools’ Easter Holidays looming, many adults who have chosen to avoid the lifelong burden of parenthood are concerned that public spaces will be teeming with demented, sugar-crazed infants.

Non-parent Tom Logan said: “Normally I just avoid getting the bus between three and four, but when they’re off school they could be on there causing a ruckus at any time of the day.

“Everyone knows parents hate the school holidays because they have to spend time with their children, but we non-parents have to be around their kids too and we didn’t even get to do the sex part.”

Happily child-free Emma Bradford said: “Sometimes in the week I like to walk around the zoo and just enjoy the peace and quiet.

“Can’t do that when the kids are bloody off school. They anger up the monkeys, then they go in the shop and nick pencil sharpeners.”