THE Red Devils are to renew their longstanding deal with Satan in a ceremony before their home game this Sunday.

The club, who first began worshipping Satan in the 1930s because they couldn’t afford new kit, owe their astonishing success over the last 25 years to a pact brokered by Sir Alex Ferguson.

New manager David Moyes will invite the Horned One back to the heart of the club by drawing an inverted pentacle on the Old Trafford pitch before the Arsenal match.

Club ambassador Sir Bobby Charlton said: Weve always had strong links with Hades, culminating in the loan of senior demonic torturer Roy Keane, and its great to reaffirm that before a home crowd.

Ryan Giggs, who after retirement hopes to become an Archduke of Hell, said: People put my longevity down to self-belief, extra training or opposing players terror of my otherworldly Welshness.

Personally I think its all about focus, commitment, and my pre-match ritual of bathing in the warm blood of six virgins.

Lucifer has agreed that United will progress to the European Cup final against Barcelona, during which the pitch will split open and a clawed hand will drag Lionel Messi down to a realm of eternal torment.

Moyes said: As part of the deal, our fans will spend an eternity burning in unimaginable agony in return for the Premier League titles and European Cups they enjoyed in life.

Liverpool fan Stephen Malley responded: Im not sure about that. It doesnt sound harsh enough to me.

DJ talks about his work as if it has artistic merit 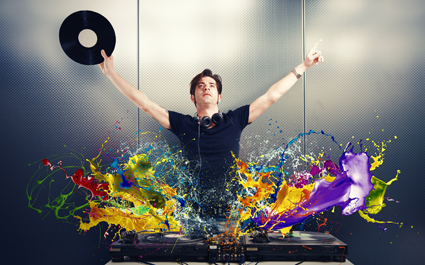 A DANCE music DJ has spoken about his work like he is some sort of artist.

Making a thoughtful facial expression, he said: “With me, it’s more of a journey.

“I could start techy and then go more progressive, or start progressive and then go trancey. I’m like this crazy chameleon figure, always changing, always unpredictable.”

Malley confirmed he was also working on his first album, or at least getting some other people to make it for him so that he could put his name on it.