DAVID Moyes did not reveal his former role at Manchester United to his new employers, it has emerged.

Hobbies include going to the cinema and worrying

Real Sociedad officials were impressed by Moyes’s application, which detailed his achievements at Preston and Everton before listing ‘June 2013 – April 2014: Absolutely nothing at all’.

When interviewers quizzed him on this period, Moyes reddened and mumbled even more incomprehensibly than usual about doing some work as a scapegoat.

Real Sociedad president Jokin Aperribay said: Its news to us that he managed Manchester United. Youd have expected him to mention that seeing as they are such a prestigious club, maybe he didnt want to show off.

Its odd because there are only around 10 months unaccounted for in his CV and that really isnt long to manage a top club for.

Moyes has already unveiled that his assistant manager at Real Sociedad will be Google Translate.

Aperribay said: David came into the office with Google Translate to thank us for the opportunity.

Translate was very courteous and I think theyll work well together. Then he said something about sardines and my cousin, which I didnt appreciate.

A group of wealthy Manchester United fans are said to be plotting to send a plane with a banner to northern Spain to wish Moyes all the best in his new job.

We will get sugar somehow, promise kids 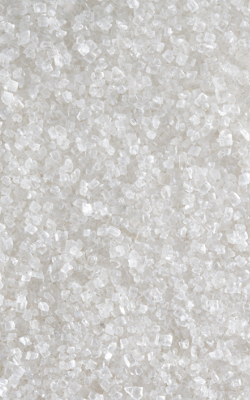 CHILDREN have confirmed that they will find sugar wherever it is hidden because they love it.

As parents threw away sugar-laden fruit juice, their offspring were already constructing makeshift ladders to the baking cupboard and pouring themselves vermicelli shots.

Eight-year-old Eleanor Shaw said: It doesnt matter if its in a lollipop, a cereal bar, a bottle of Newmans Own Sticky BBQ Sauce or the raw sucrose stored in the back legs of a grasshopper, Im having sugar.

Our entire diet is a long game of Find the Lady, where the manufacturers have hidden sugars in one supposedly healthy item and we know which but you dont.

Without that well steal packets of sugar from cafe tables or lick around the rim of your cappuccino cup like wasps.

Anything for sweet, sweet sugar.

Mother of three Susan Traherne said: We do our best to keep them off the stuff, but its not easy.

Our Gavins trick-or-treat bucket was overflowing. Its taken the last 10 nights  and a box-set of Lewis for us to munch it down to an acceptable level.